It took me some years to get to this horn, but now it is finally finished.  This horn specifically was a lot of careful work but in the end very well worth it.  Hear the before and after vids and take a look at the original article for repair/restoration pics!

Here I have compared the closely preceding late Tonemaster to the Quad-ring and then NY Double ring, then transitional Double ring for chamber size and internal machining. 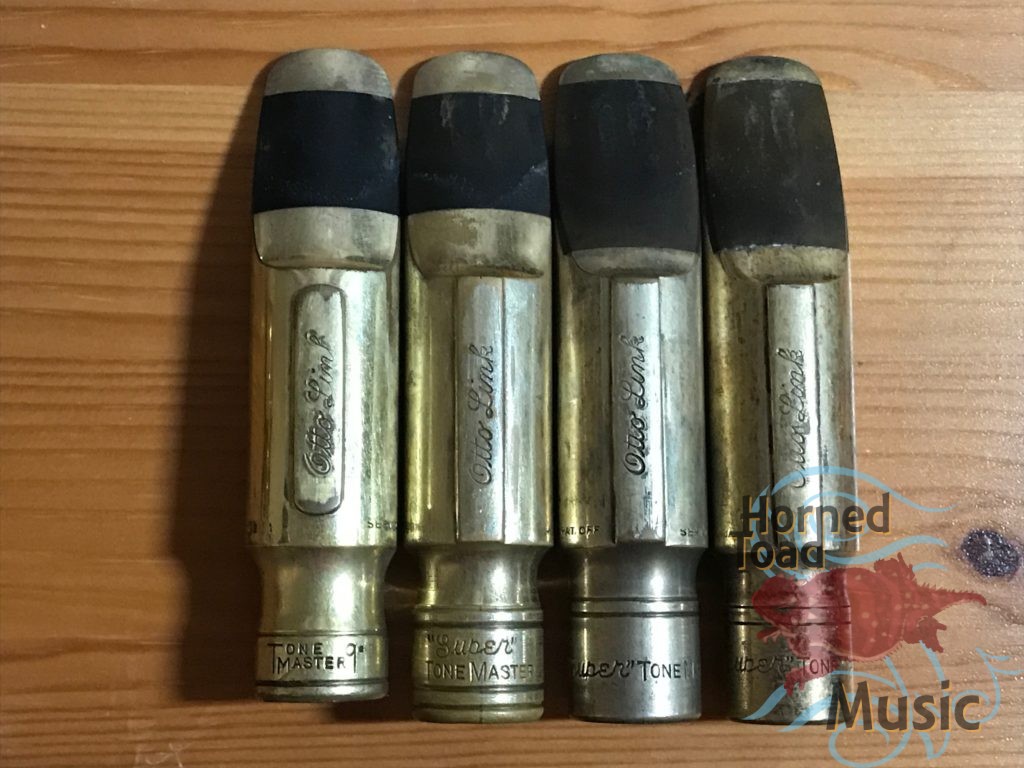 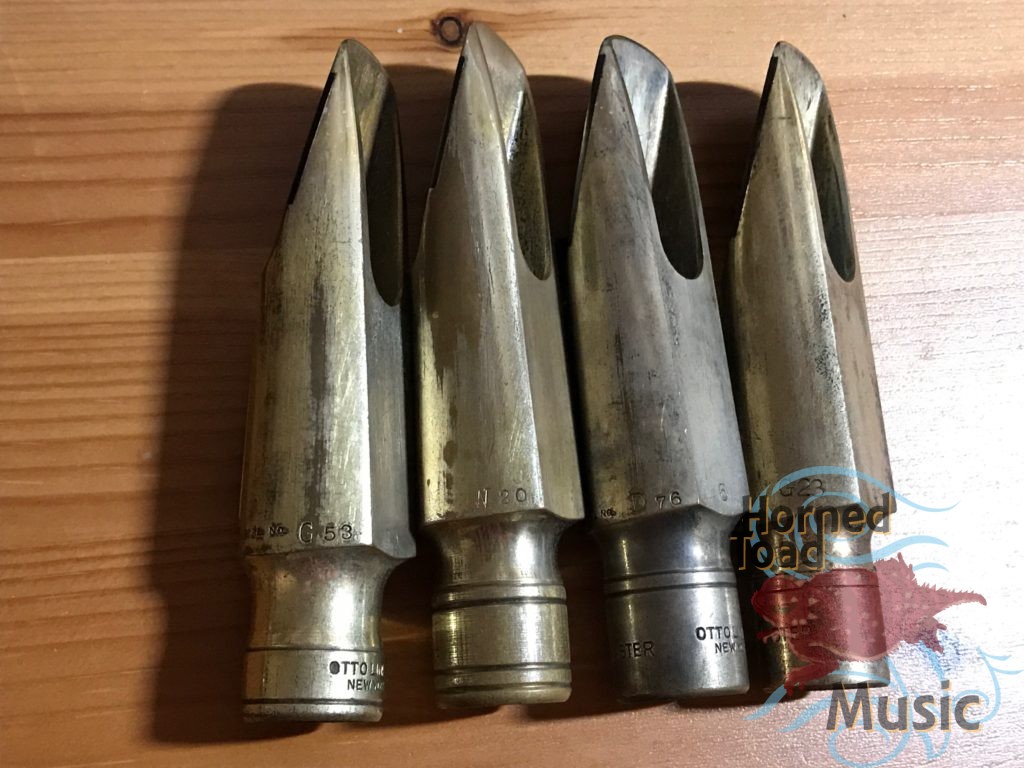 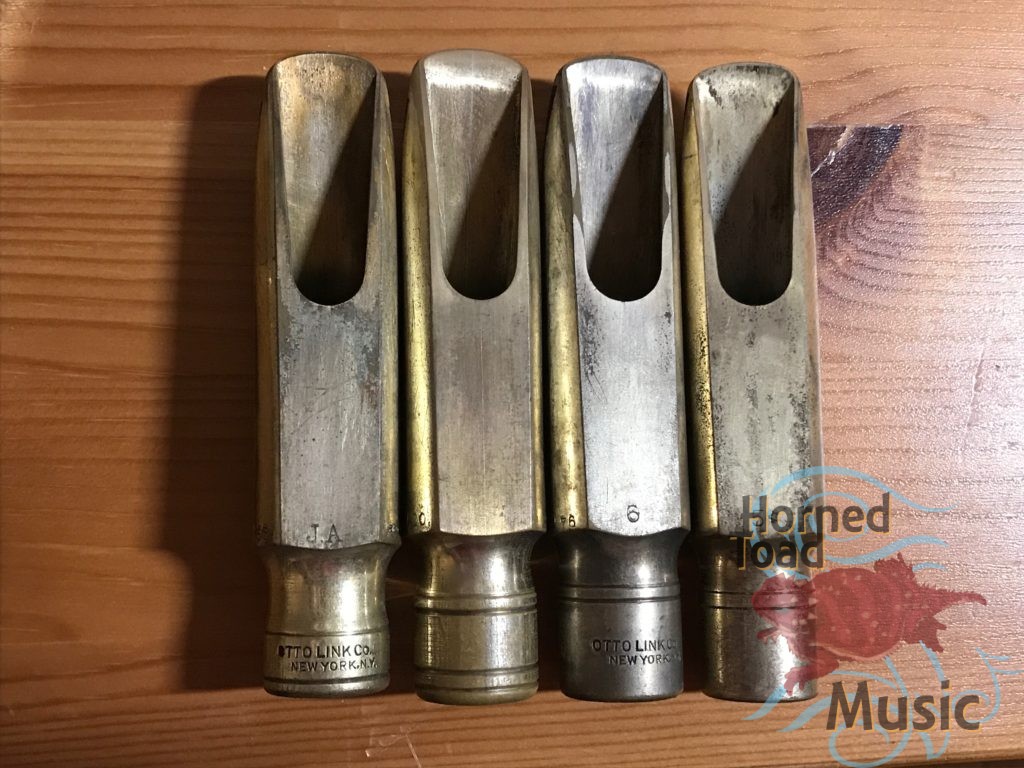 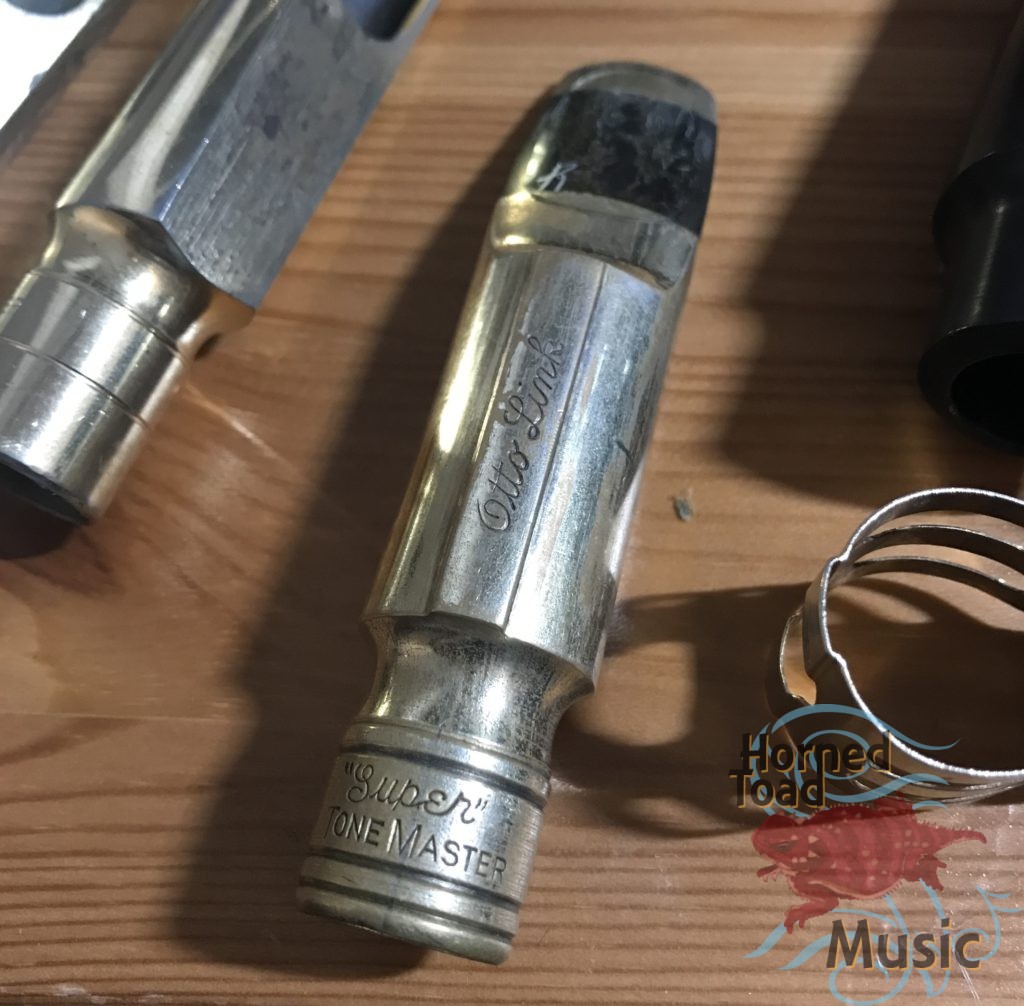 I just got this amazingly rare and special piece, an otto Link 4-ring transitional piece from Tonemaster to ‘Super’ Tonemaster; this is the first Super Tonemaster before the ‘Double Ring”.  It is a NY production piece from the Otto Link (not Florida, Ben Harrod).  This has the first super tonemaster body and from my feeling a slightly different chamber from Tonemaster as well, but not exactly the same as double ring.  Of course the double rings models vary plenty amongst themselves but this still feels a bit different to me.

This type of piece was immortalized in photos of John Coltrane, specifically this set by Charles Stewart taken in 1964.  He was always switching mouthpieces of course but it is interesting that this is somewhere near the ‘Love Supreme” recording time period. 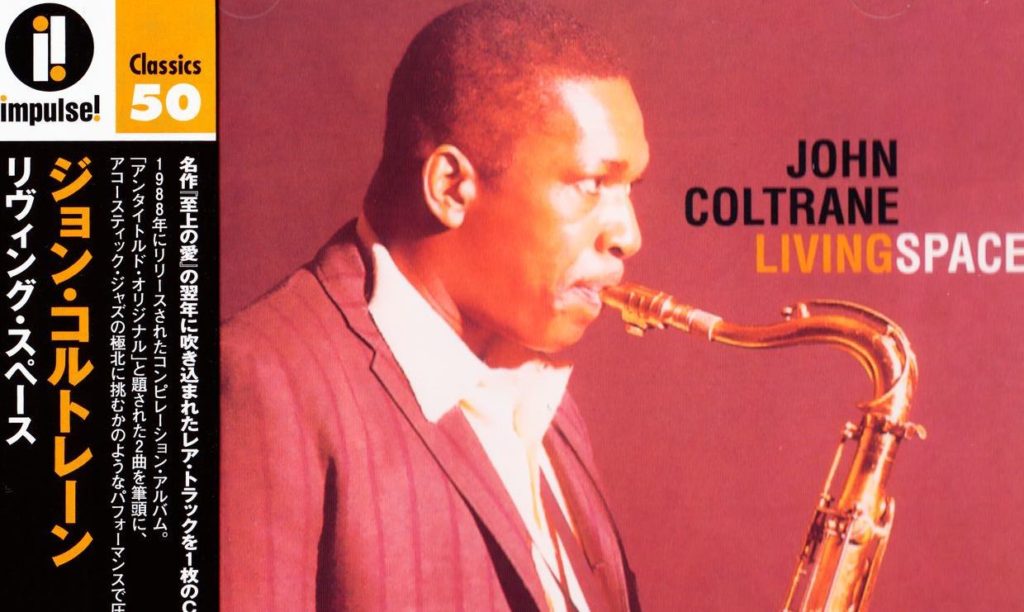 END_OF_DOCUMENT_TOKEN_TO_BE_REPLACED

For those who are still wondering, yes original US lacquer/engraving and matching original neck. 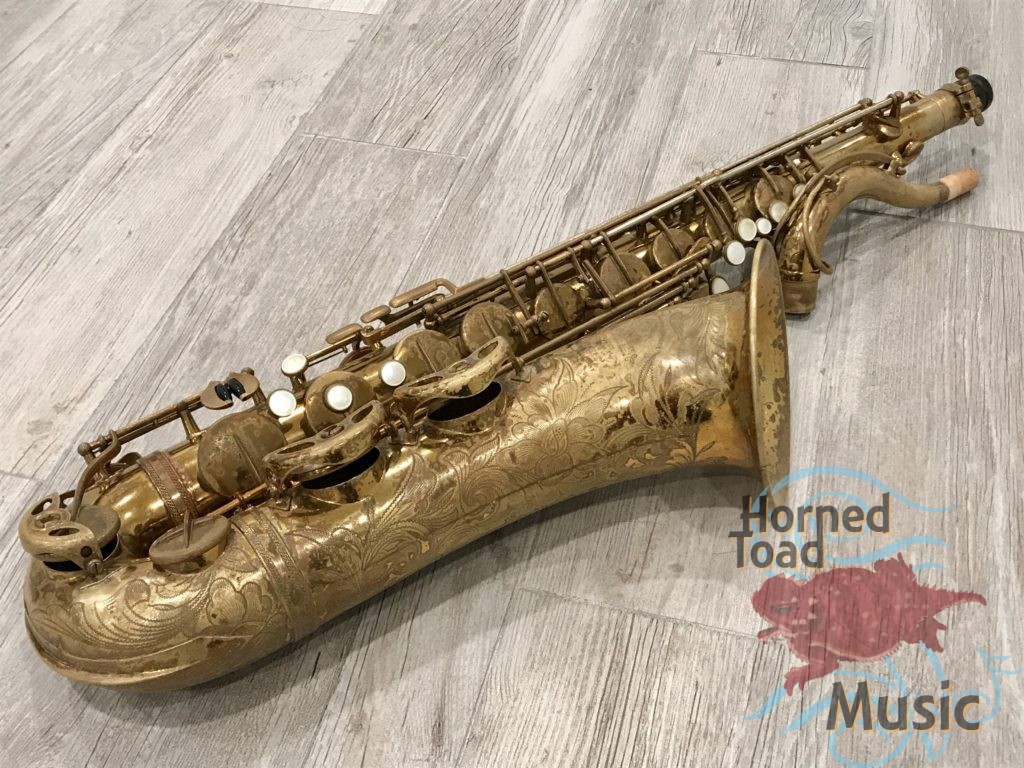 END_OF_DOCUMENT_TOKEN_TO_BE_REPLACED

This was initially made in response to a video that is posted in the description
( https://www.youtube.com/watch?v=puApTzibuHM ) .  Many hunters of such vintage Selmers, students and just those wanting to learn more may find this helpful.

I was very luck to be able to purchase this amazing instrument from the estate of Yusef Lateef, along with the paperwork of provenence.  I have some friends in the repair biz who were also around Rayburn’s music (in Boston) years back and remembered Lateef bringing this horn around for service more than 30 years ago as well, so we know he kept it for a long time.

This project spanned about two years as some parts of it were slow and time consuming and I was also busy with a move and some family obligations during that time.

It was in a bit of disrepair when I got it, with some kind of odd insults and injuries, but structurally it was in very fine shape.  Somehow, somewhere, the neck receiver had been sheared into three pieces two of which were broken clean off the horn.  The strangest part is that this break, did not effect the body tube in any way, in any area.  It was very straight with only some minor dings, very odd.  I have yet to understand how that happened and never will I guess.  The pads were old and crusty of course, it was not playing.  Some screws were missing or mismatched and it was at least as far as proper saxophone service is concerned, just rather insulted.

In my imagination, I can see Yusef Lateef buying this horn in Europe while on tour and either it already had the broken neck receiver or that happened while in his possession.  I can imagine him thinking “this is one of those special horns that ‘Trane was bugging Wayne Shorter to get” (see the interview with Shorter where he tells this story about Trane’s insistence on him getting just such an early SBA.) and him keeping it until he can find the right person who could handle the weird repair.
Maybe he knew what a great horn it was, generally I would trust the judgement of instrument quality to Yuself Lateef above almost anyone. I imagine he had to know what a special horn this was to keep it for so many years.

Anyhow with a lot of specific work and time I have finally restored this to very nice working order, it feels like a Ferrari now, set up with rather hard-ish pads and a set of original American-market Tone-X metal SBA resos from the 1950’s that I had here.  It just blew my mind as I just played fresh one day after the overhaul, while ti is still settling in.  It is very compact and aggressive in tone, barks, is very powerful and has an otherworldly biting bright ring to the sound that makes it sound like it is amplified.  This is what the rare and great SBA’s do.  I was a little rusty on the video but at least it was fresh and surprised me more than you who will watch it I believe.

And here in a less boomy room: 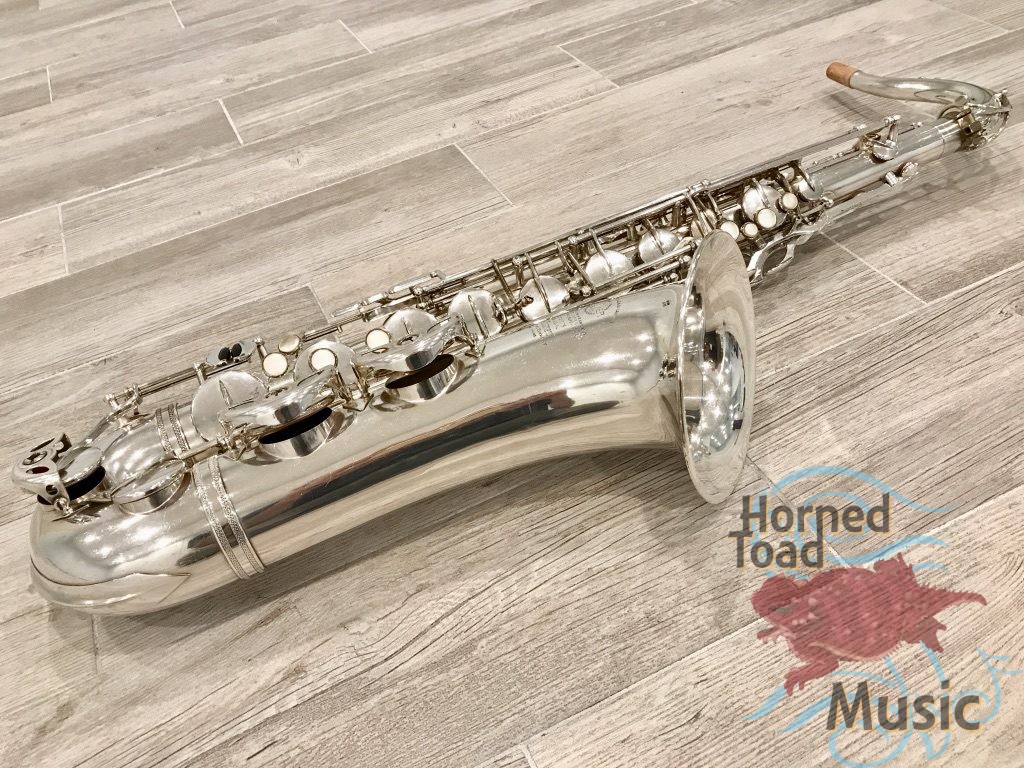 END_OF_DOCUMENT_TOKEN_TO_BE_REPLACED

This here is a very special mouthpiece.  It came to me a somewhat worn FL no USA 7 Otto Link.  It was obviously a phenomenal player.  Some of these, the great ones you can tell they are the special ones because they have been just played so much that the tip rail has no longer any definition, worn right into the baffle.  These are the pieces that old time roots players played into the dirt.  These folks KNEW when they had a good one.

When I saw the worn baffle on this piece I knew it was one of those; a certain type of Otto Link that plays effortlessly with a complexity and range that most others cannot approach. This type of FL Link is not so easily found.  I’ve played a few over the years, a friend of mine has an original 10 that feels as easy as a 7 to play and it is the same model as this with the same kind of dedicated playing wear.

In this case this was so worn it needed a reset.  The biteplate had a massive valley worn into it.  I’ve replaced that with a new and beautiful hard rubber biteplate.  The table, facing, tip, rails, baffle have all been recreated from zero in specifically the authentic style and finish of this model period of Otto Link.  There are many people who can reface a mouthpiece, but not too many taking this approach.  This piece is a very good example of how good they can be.

I have not bothered to address the outer cosmetic wear on the mouthpiece.  If that is more important to you it is not hard to have it done, I have put my efforts into the function of the mouthpiece.  In that area it excels with a very complex sound, a lot of warmth and a rare smoothness and definition throughout the range of the horn.

Tip opening is exactly .100 on my tools.  It plays with the original character it should have but a LOT easier to play than most originals will.  This piece is for the real player, or the one who wants to up their game with a hand crafted prime vintage universe of tone. 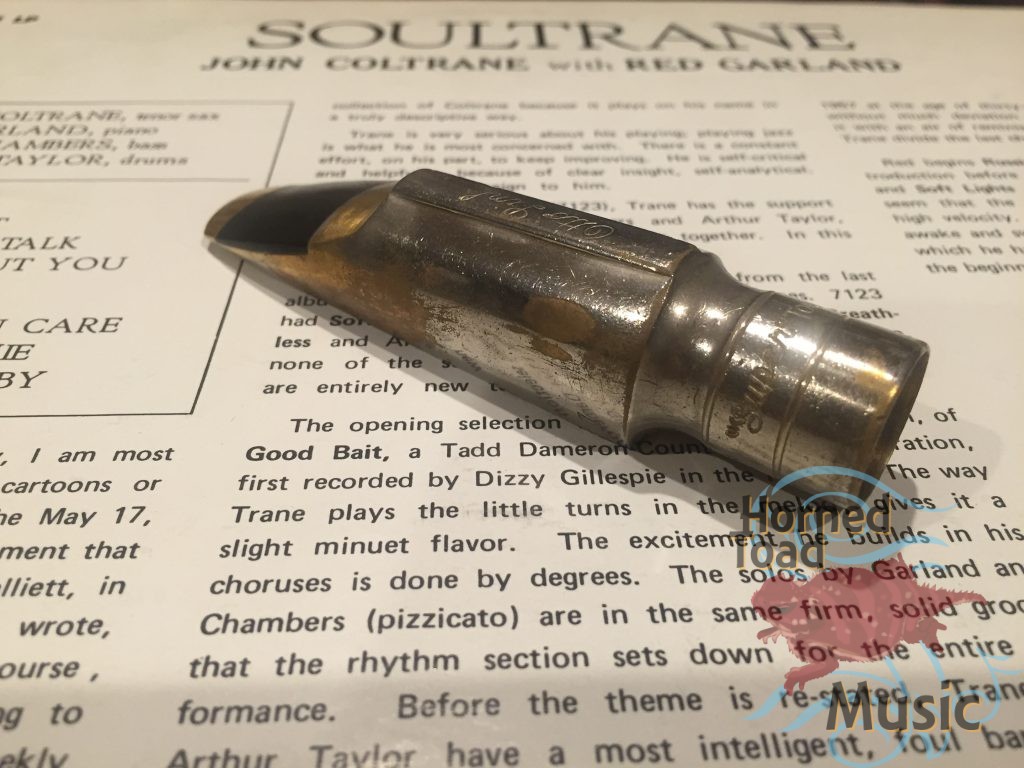 END_OF_DOCUMENT_TOKEN_TO_BE_REPLACED

It has received a complete overhaul with treated pads, all toneholes leveled, large brass resonators, all keys fitted etc.  It is very tight and comfortable player.  It has had some brass work done in the past, a number of very minor dings, the bell rim straightened.  The neck had some some straightening and a few dents burnished out of the side.  One corner of the upper G rib was tacked back down by a bit of solder. Everything is in the proper shape, roundness and angle now and it plays really excellently, just a lot of fun and really has a hard bop kind of power. 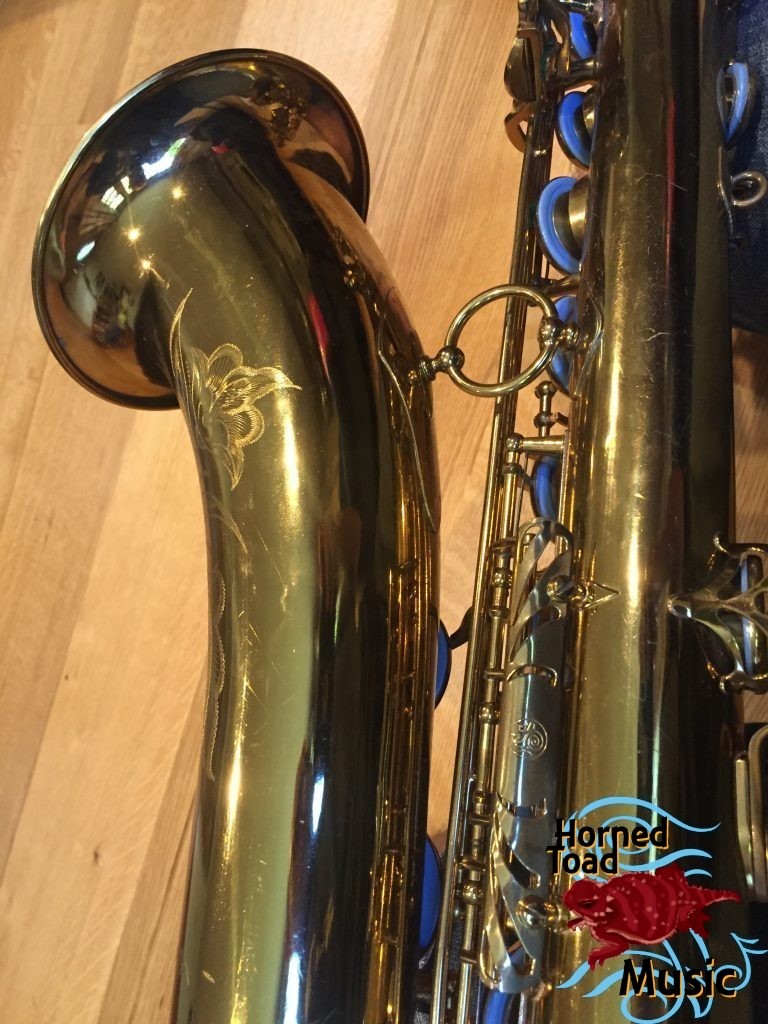 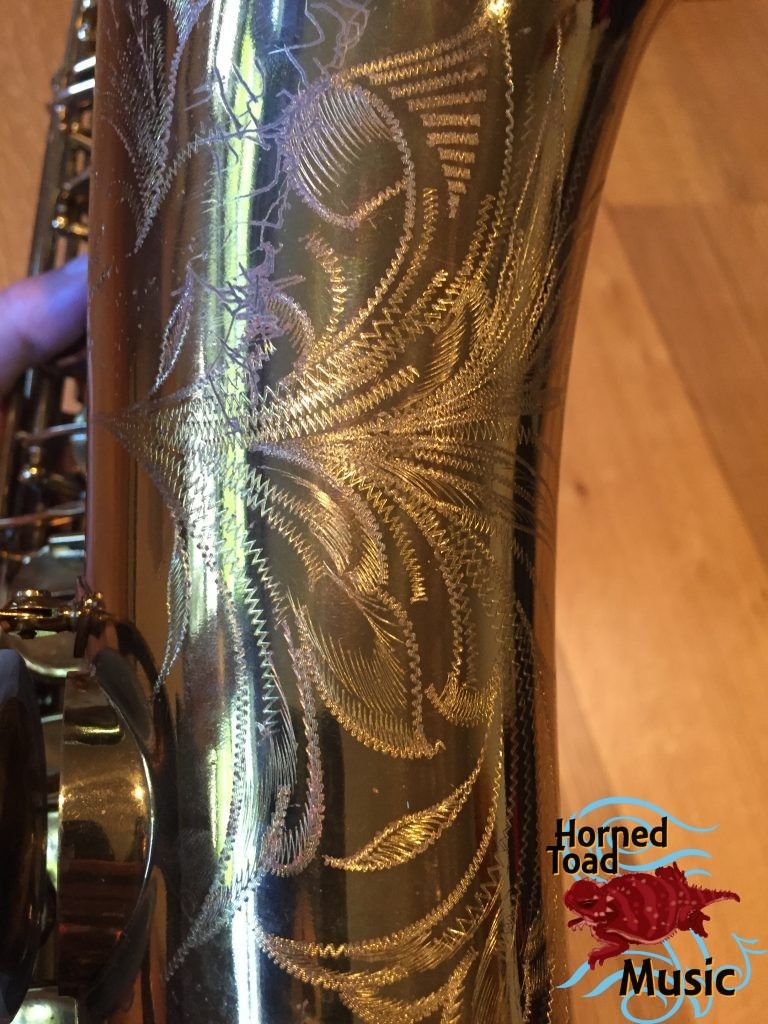 Here is a mouthpiece demonstration I did with this horn, such a rich, clean and clear player.

END_OF_DOCUMENT_TOKEN_TO_BE_REPLACED

Wow, this is a great one!  I have also kept this one for some years as a personal player, extremely fun to play.  The tip measures at .110 for me and it has quite a special tone.  It’s a very warm and thick player with a very vocal tone.  It also feels very easy to play and is not reed picky.  This has a classic Link tone, not super bright, very rich and fills the horn with air.  Serial numbered FL Links are some of the best Links ever made in my opinion and a 7* original is hard to find. 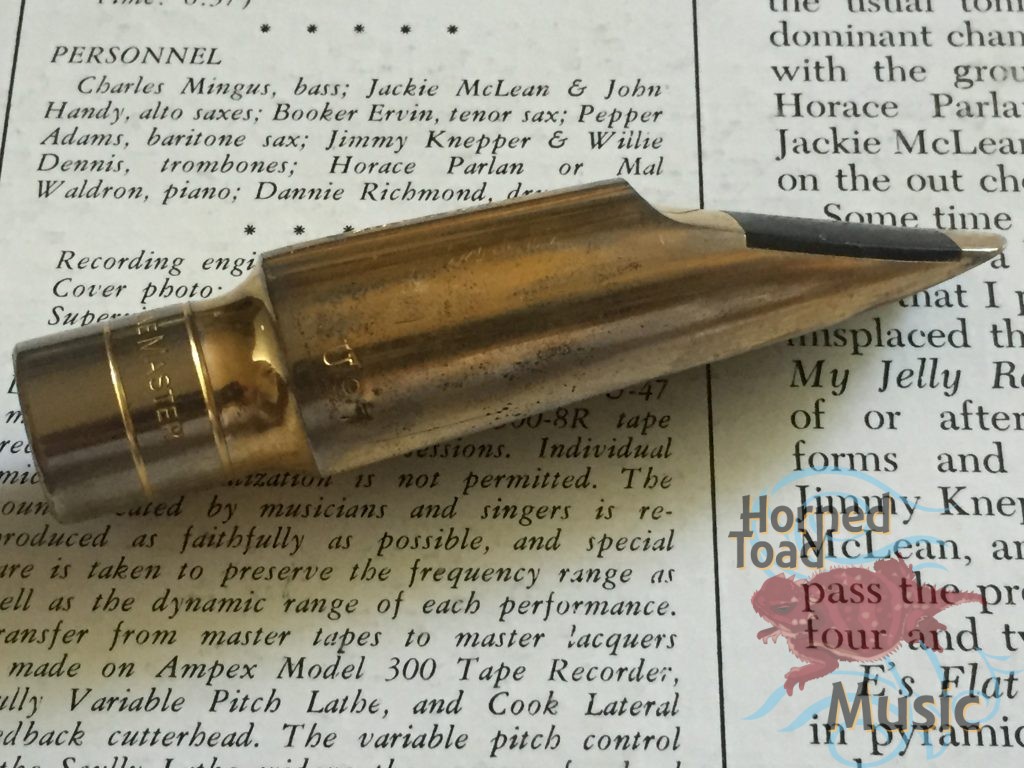