This horn was made right in the most reliably good and consistent period of Selmer MK VI manufacturing, early 100k-120-something.  That is the model period of Coltrane’s MK VI (122+/-) tenor that he used throughout the mid-1960s.

Owned by an active player, this horn was definitely used, though it is in quite good condition compared to common examples. The body still has a lot of original gold lacquer finish that has a very nice color.  There are no resolders that I could find, and no significant dent repairs.  It does show normal scuffs and some minor dings and smoothing out of some past dings etc, normal stuff. Structurally it is in quite good condition.  The neck has a past pulldown that has been very nicely corrected and is now at the optimal angle for this model and is not only round but also a great player, that is also fitted wonderfully to the receiver.

What WILL need to be done eventually is pads.  The pads are old, they will need replacing along with felts/corks etc.  It has not been updated in quite some time. I’ve played it, it is currently playing well enough to know exactly how good it is, which is very good, the tone and response are great, but it will need work eventually, and some cleaning.

Someone is going to get a nice one though.  I love the way it plays. 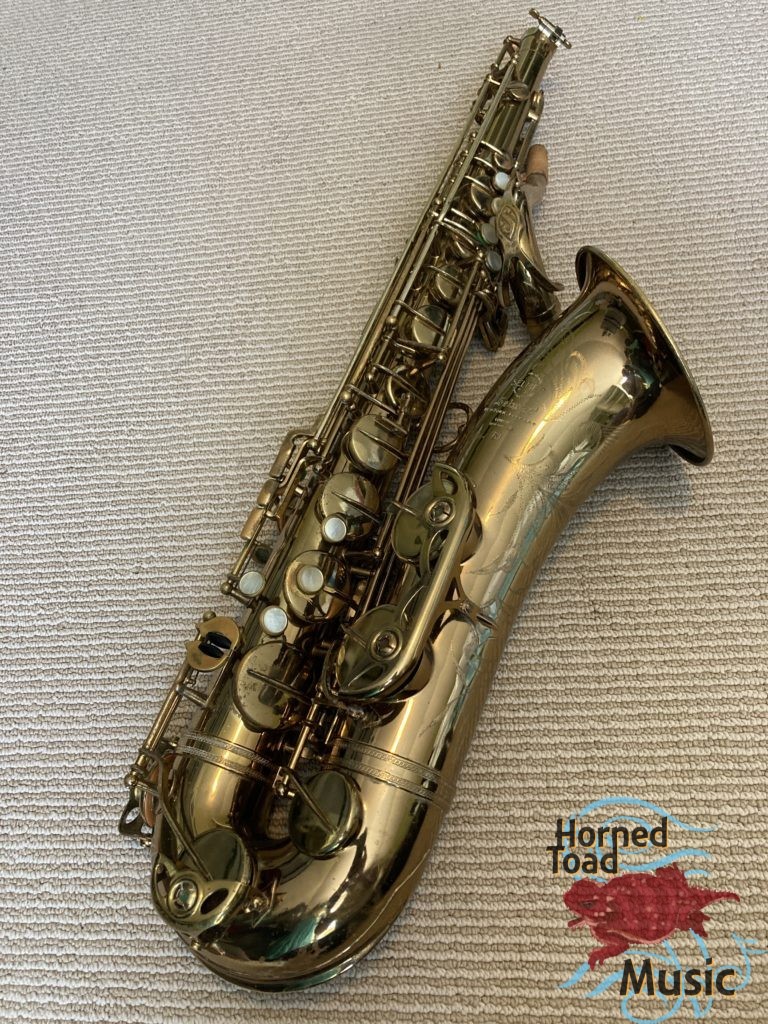 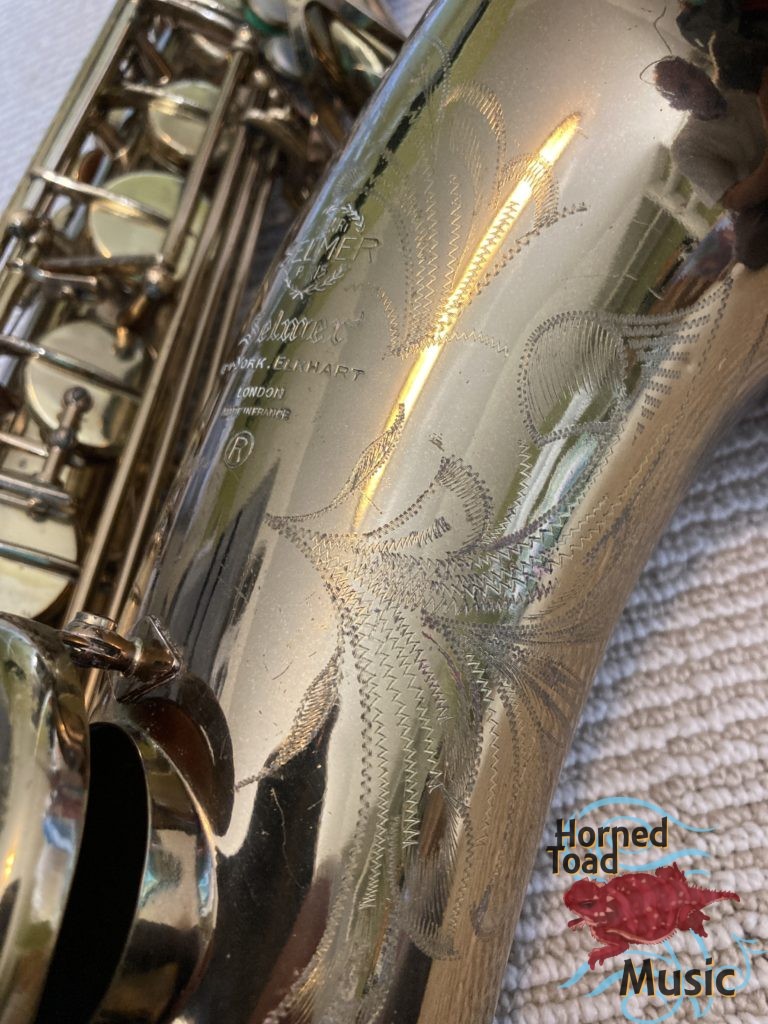 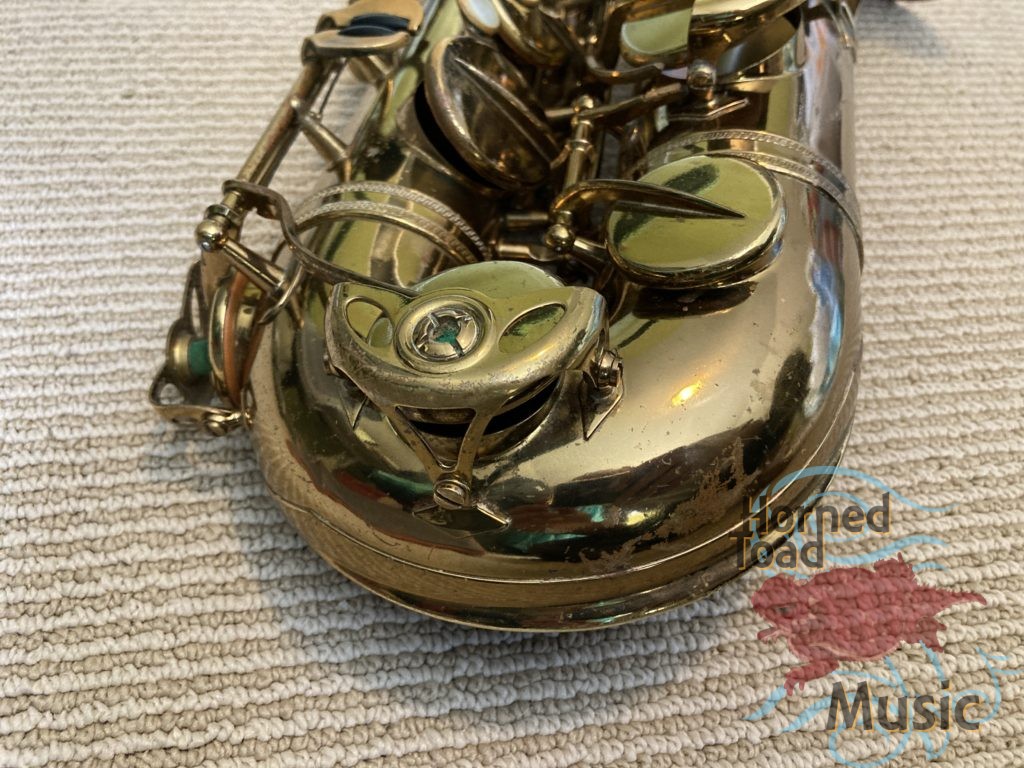 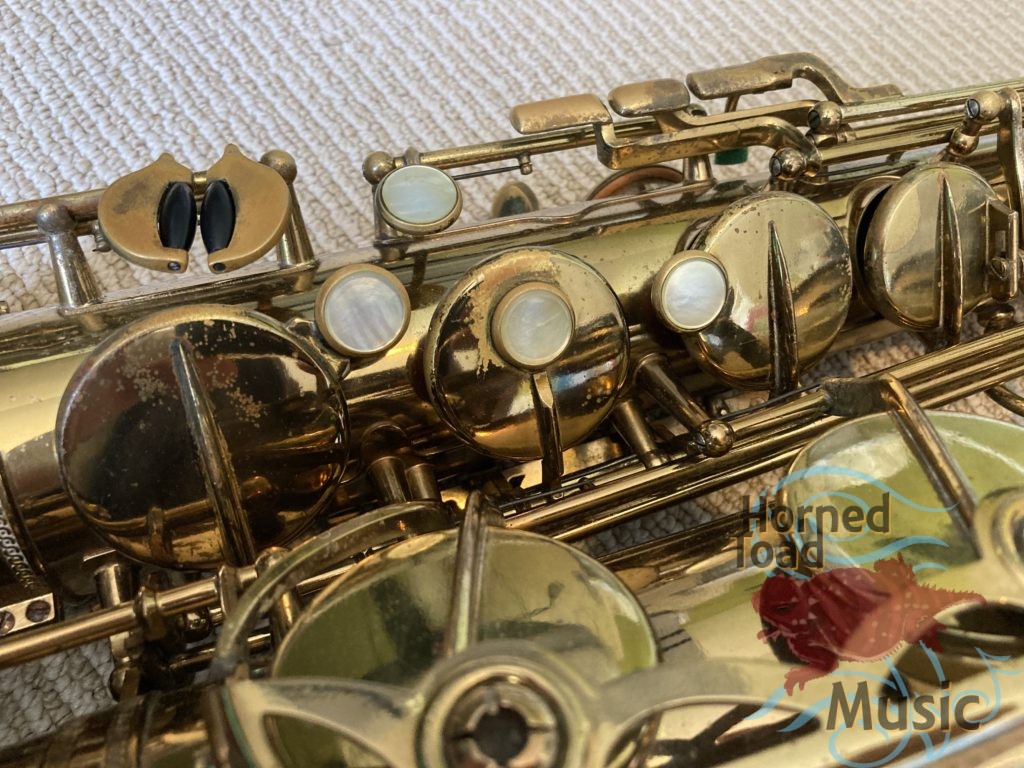 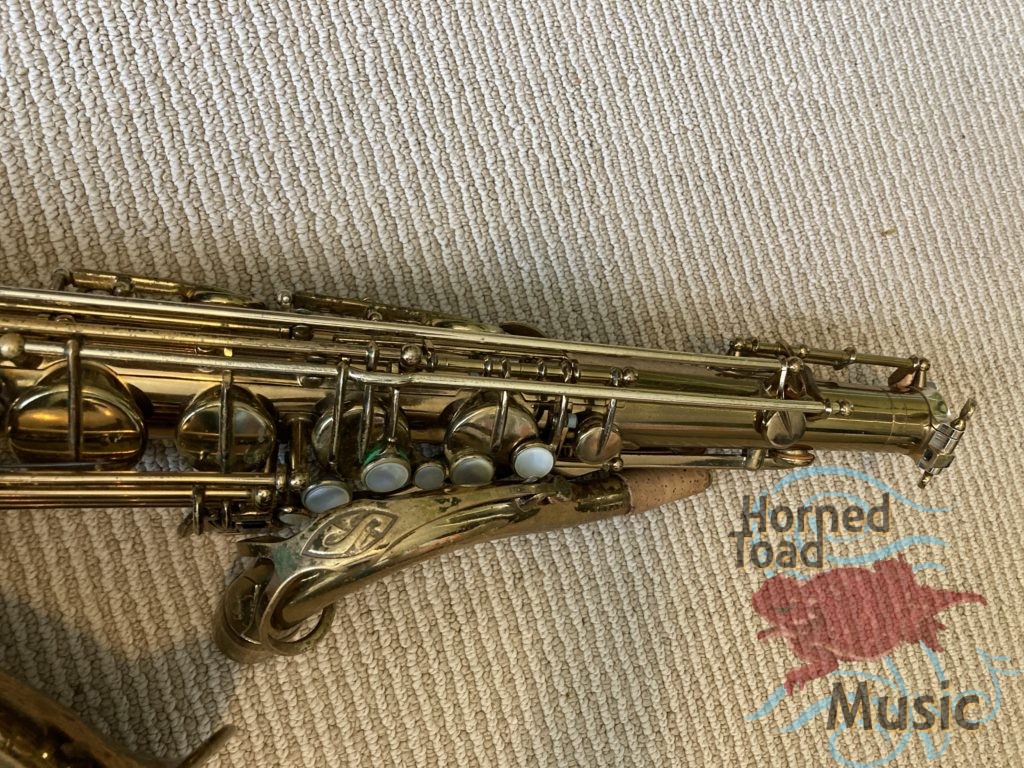 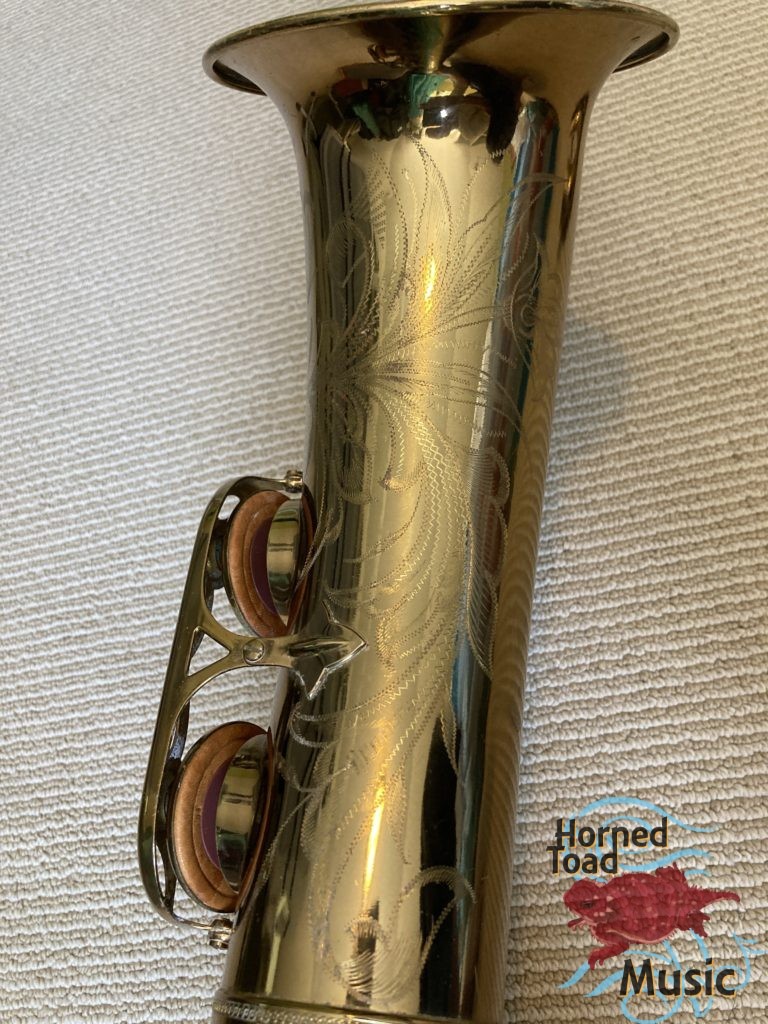 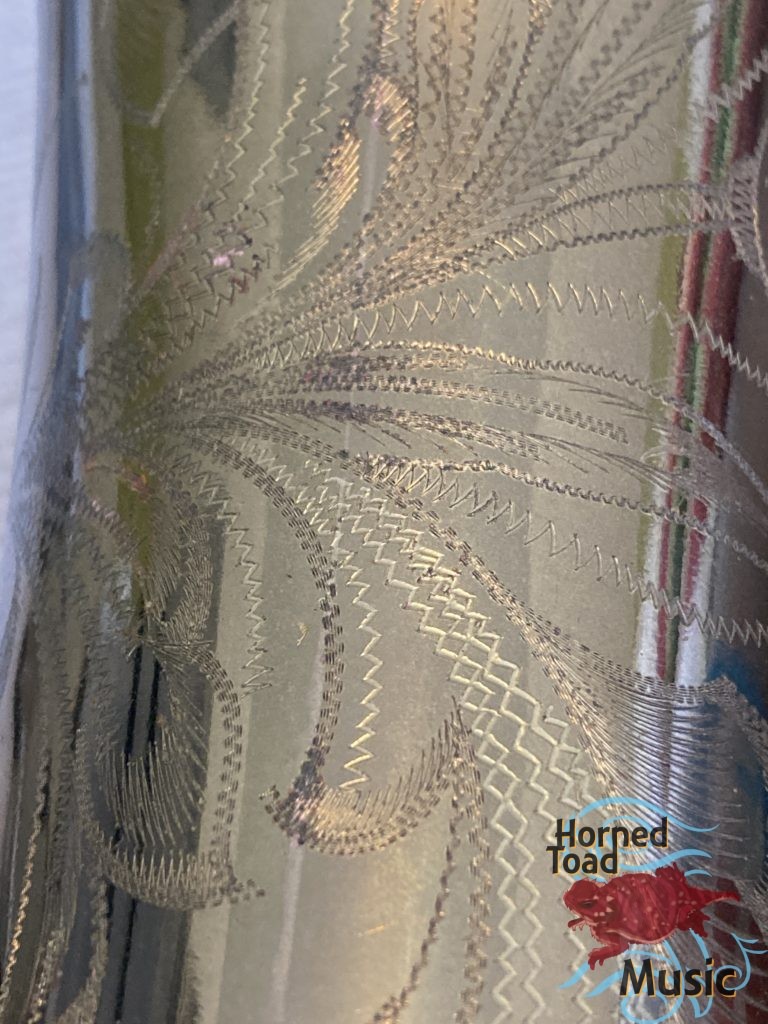 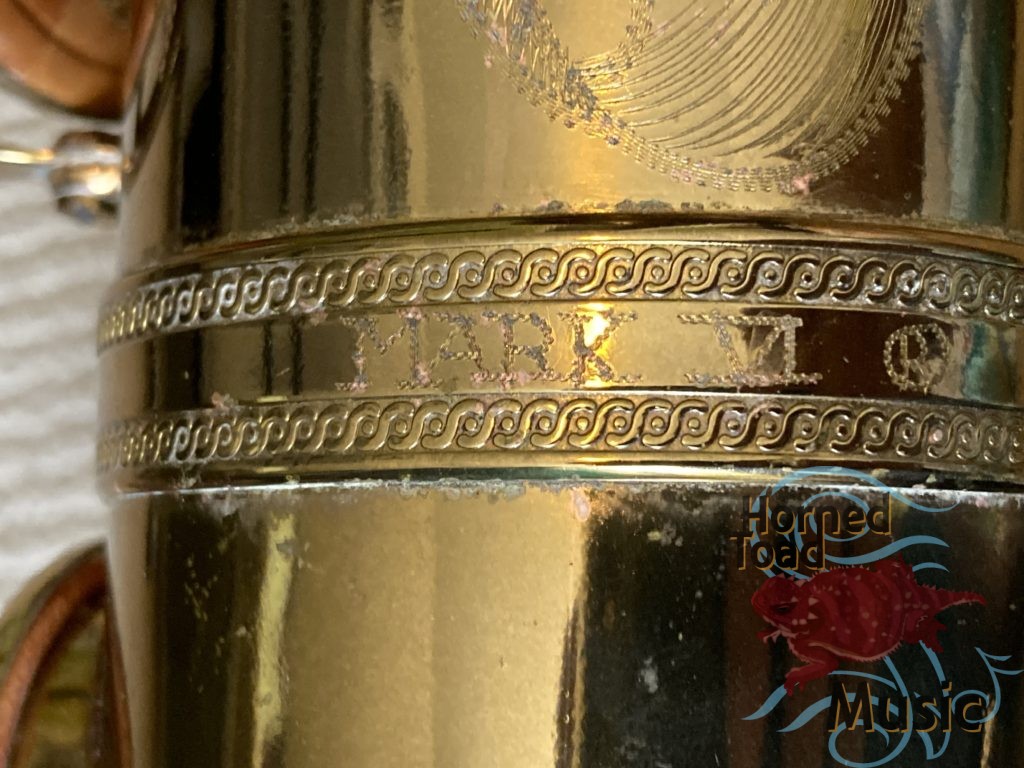 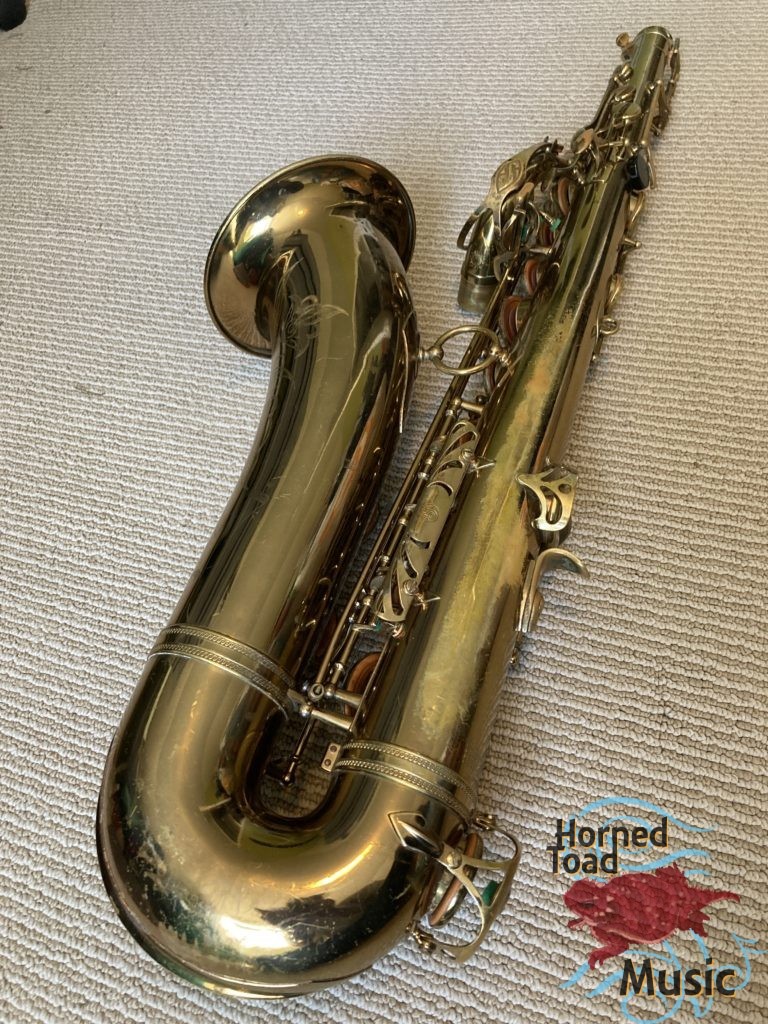 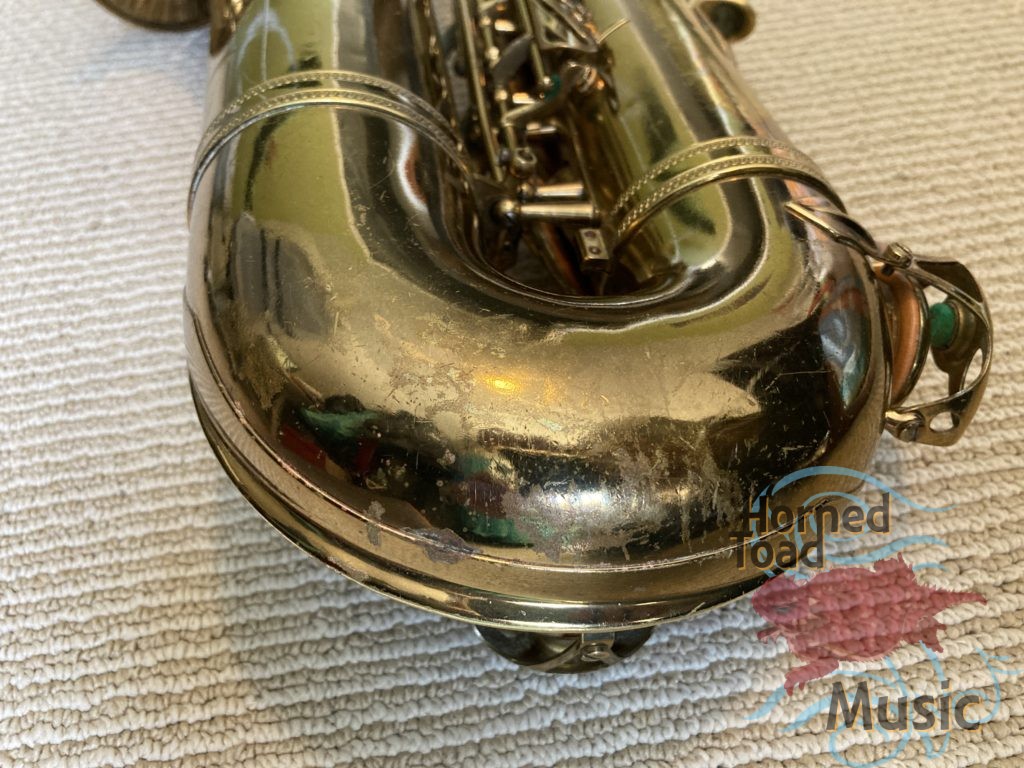 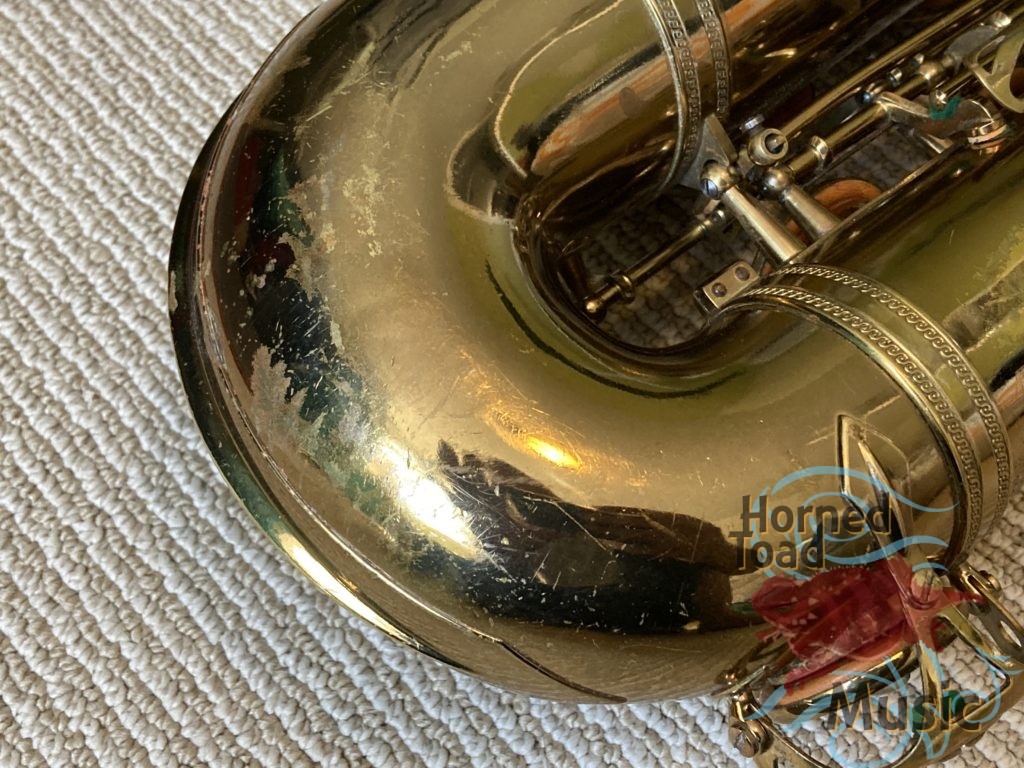 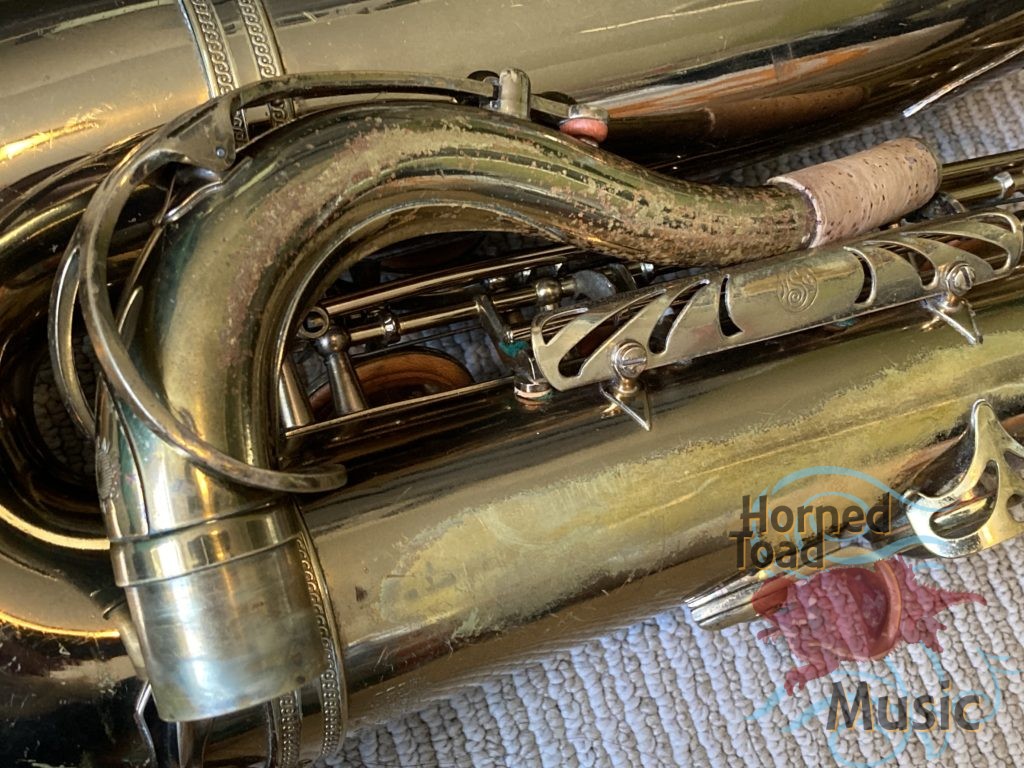 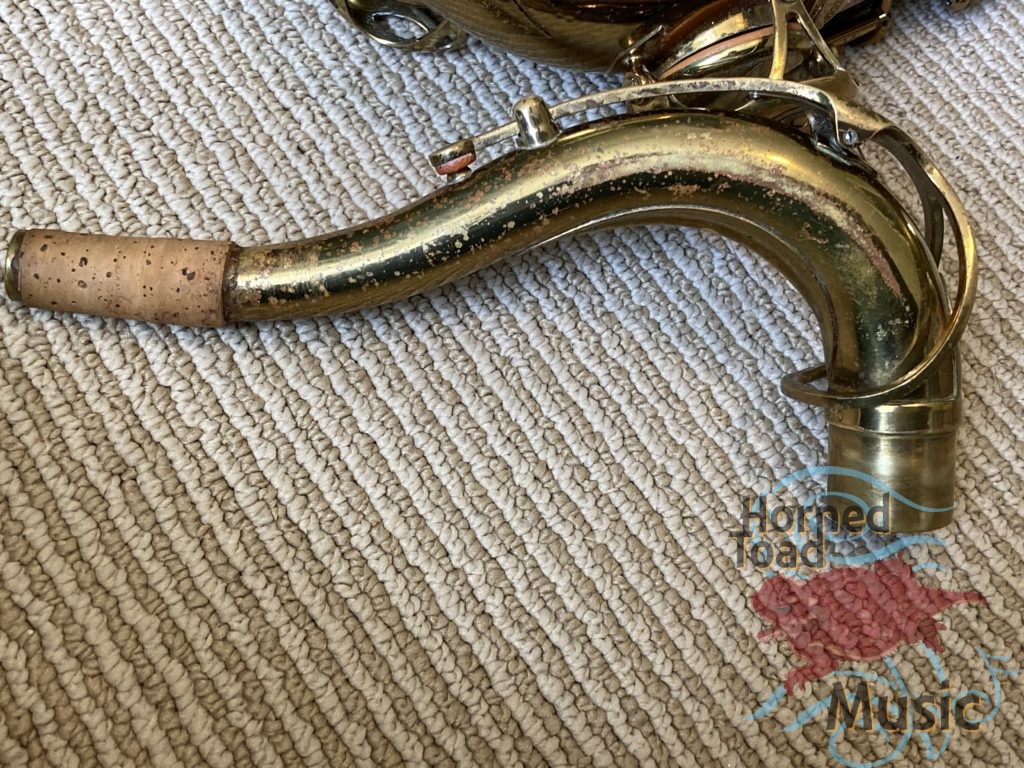 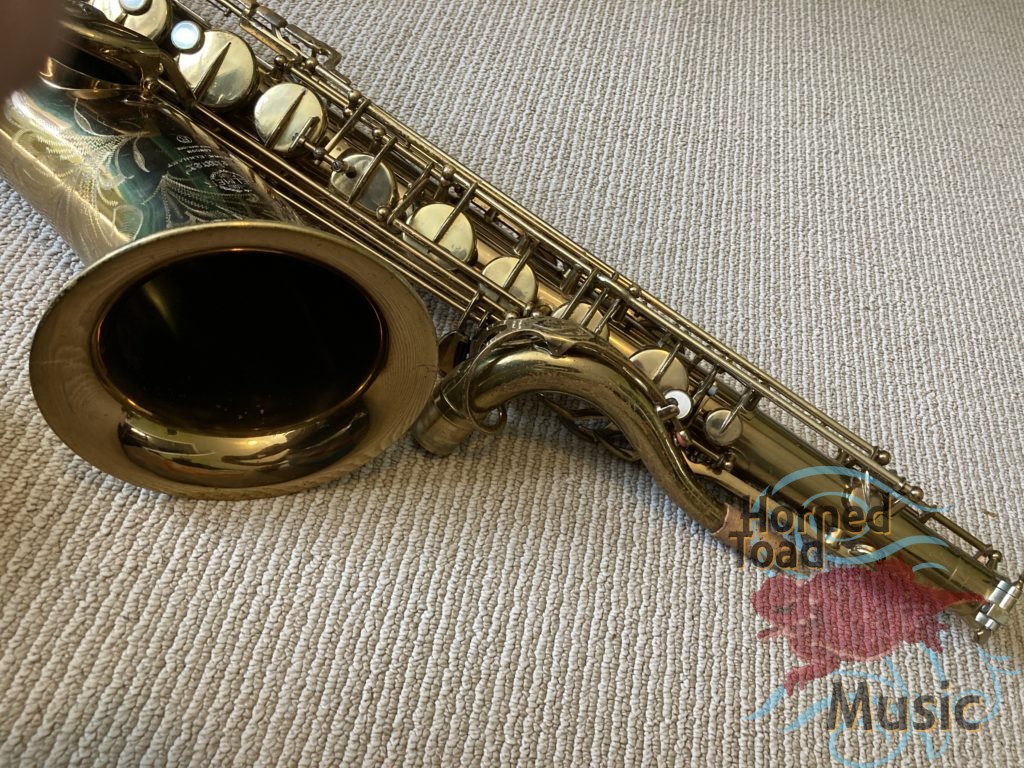 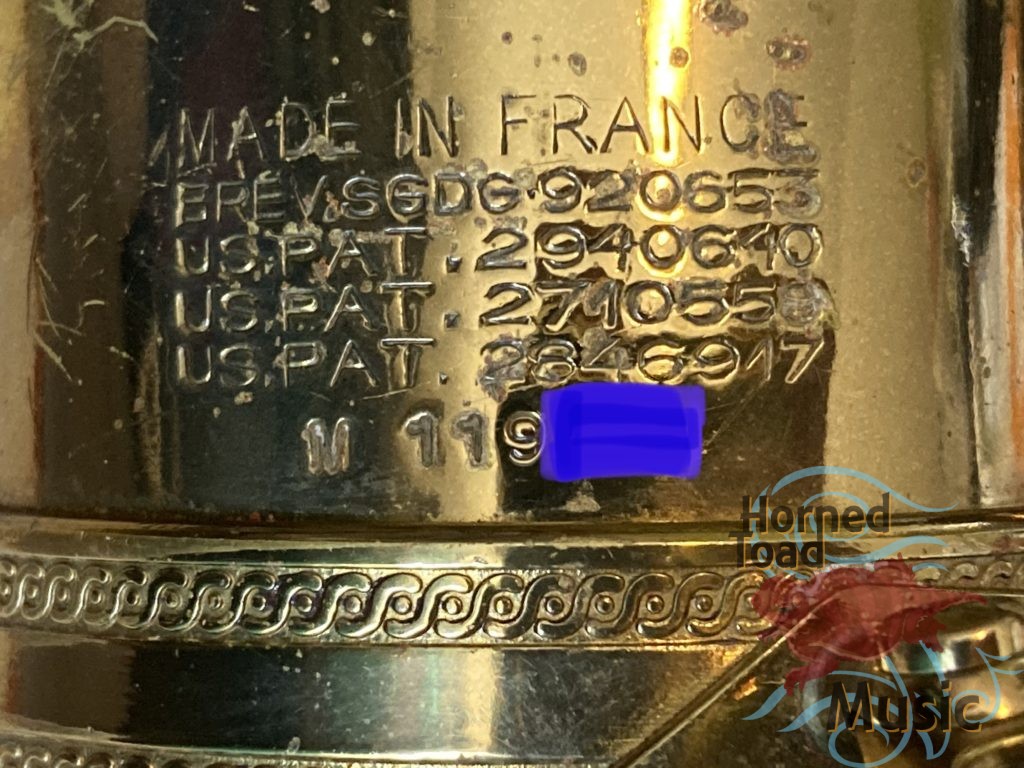 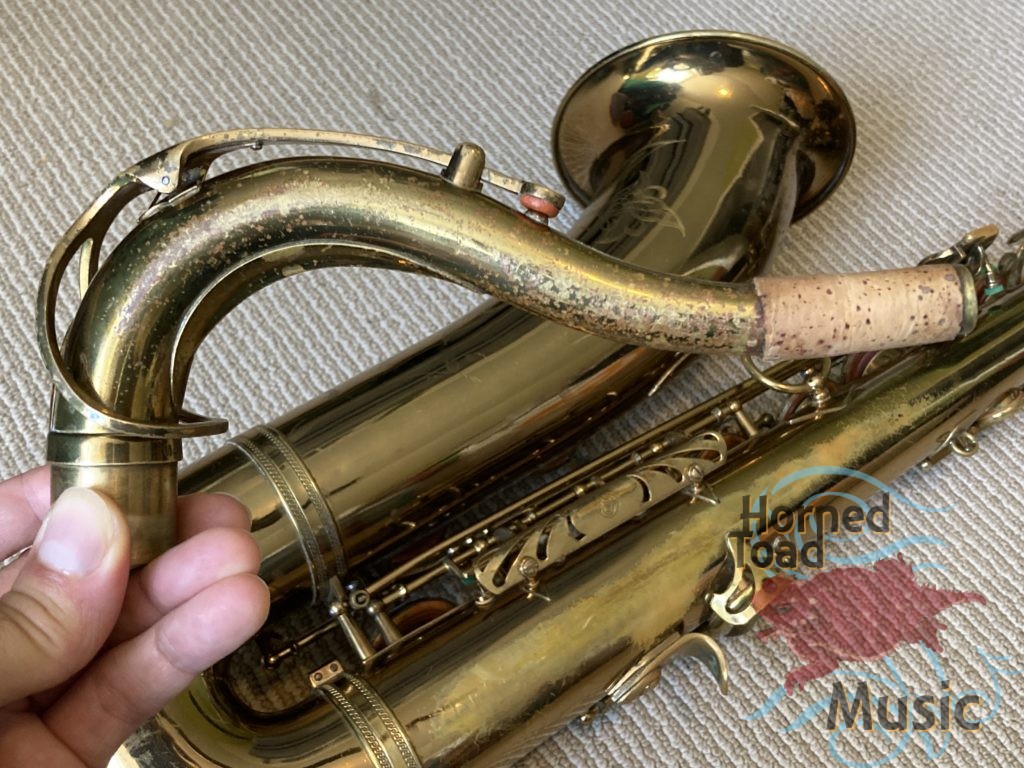 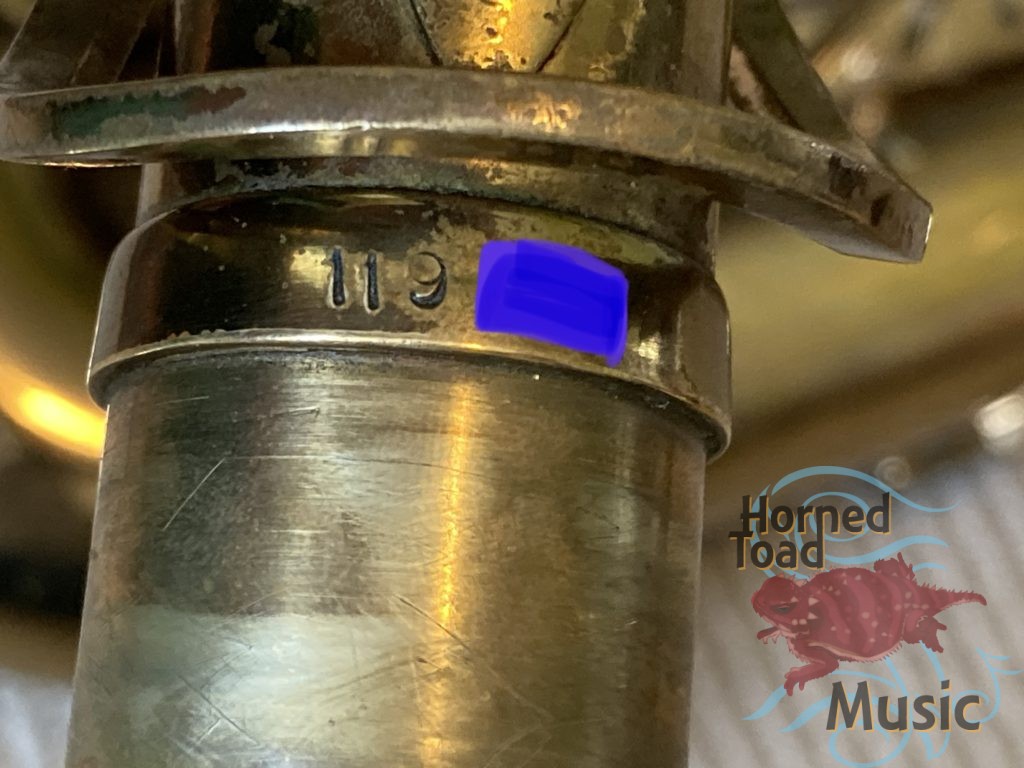 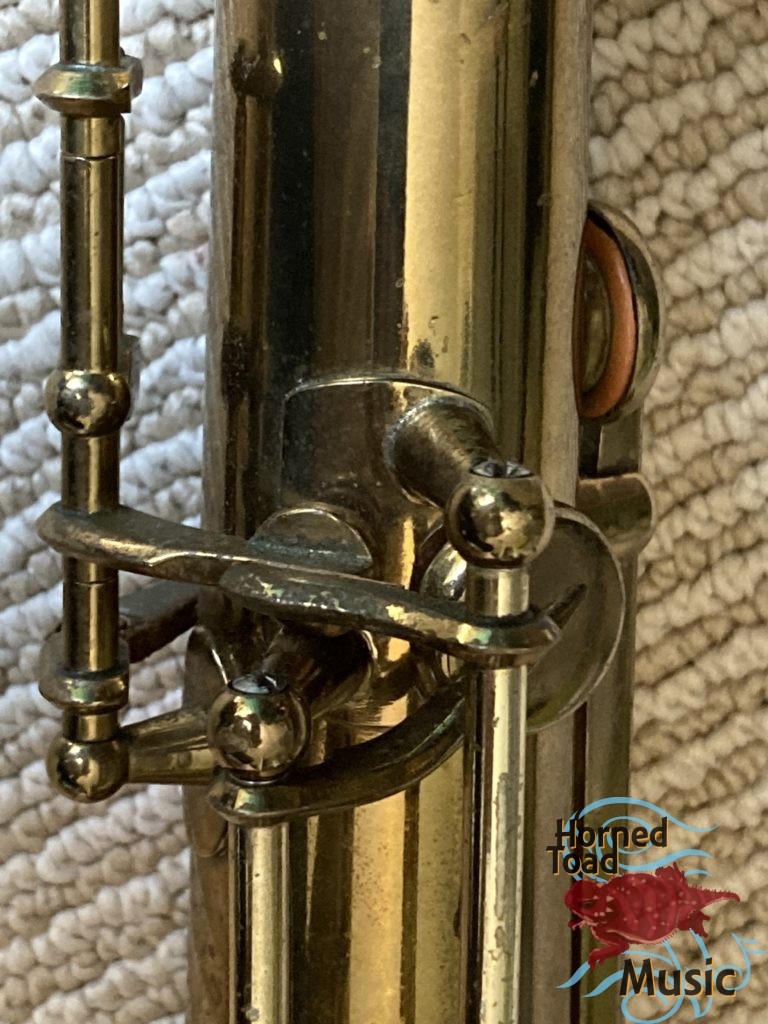 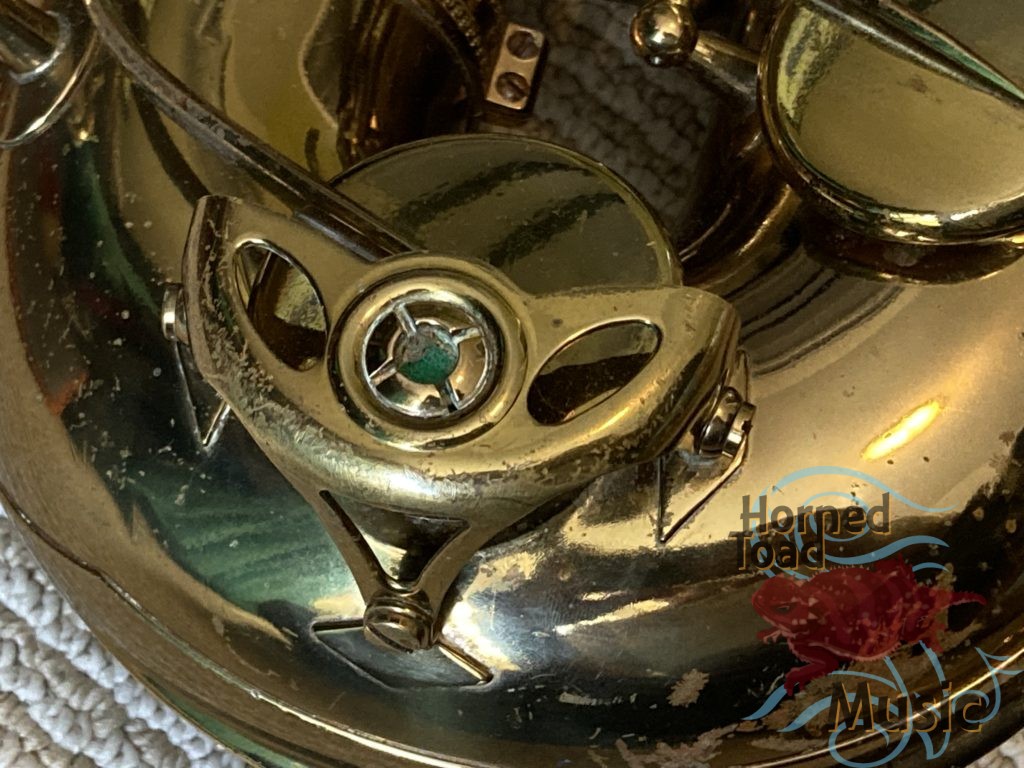 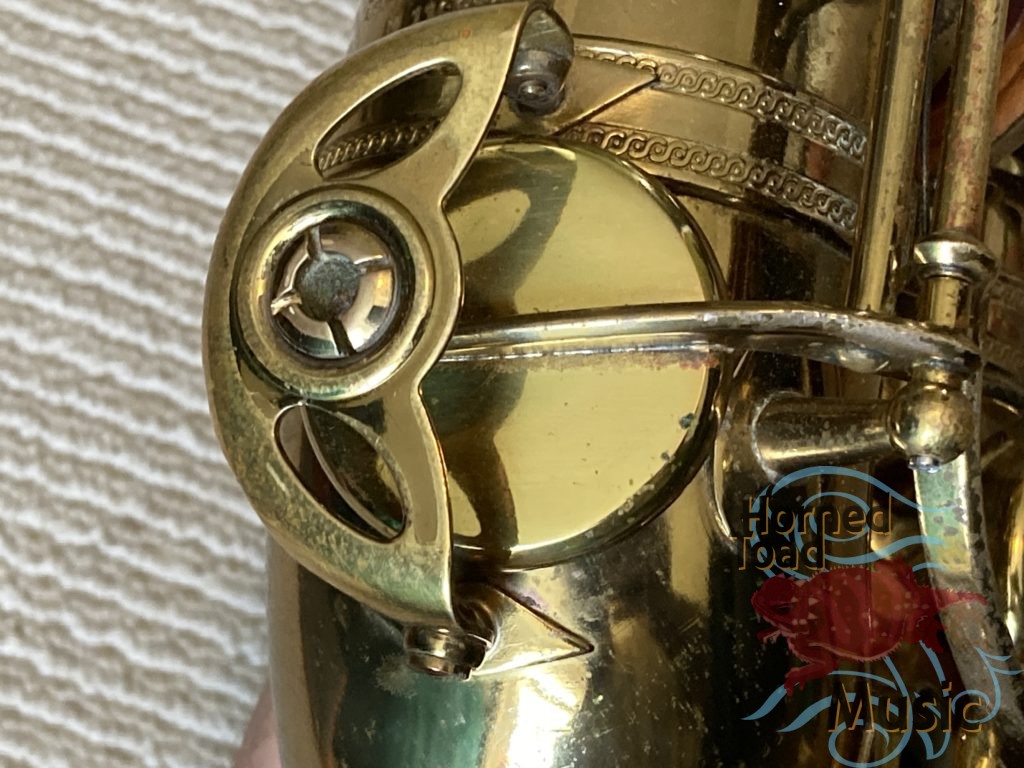 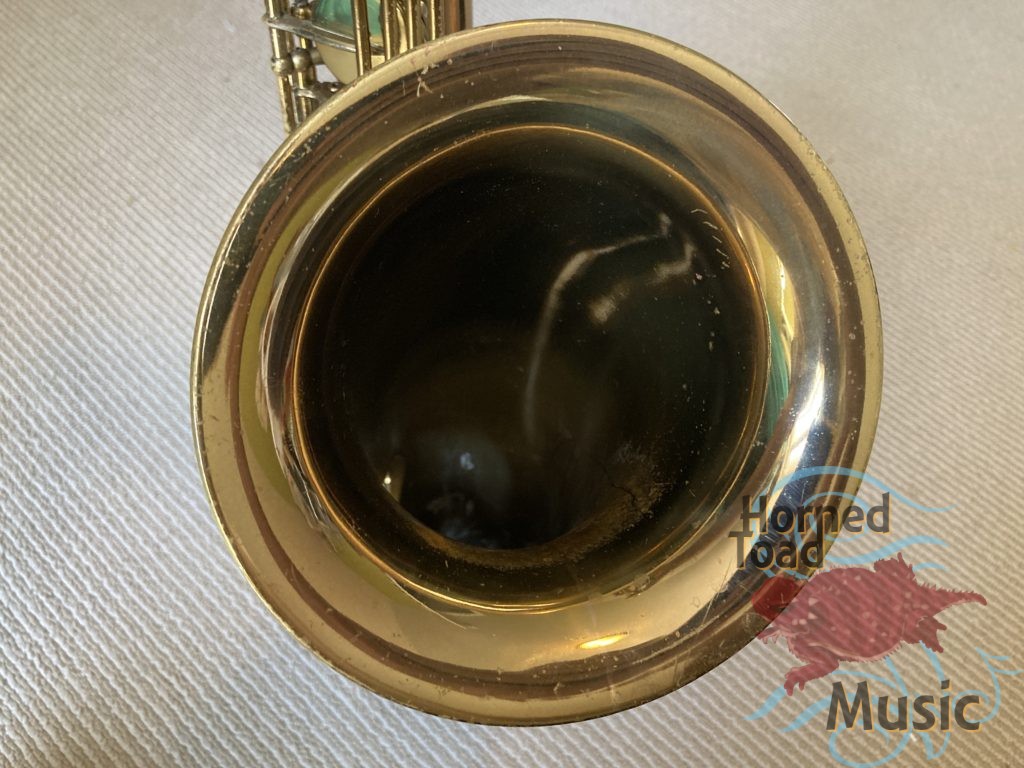 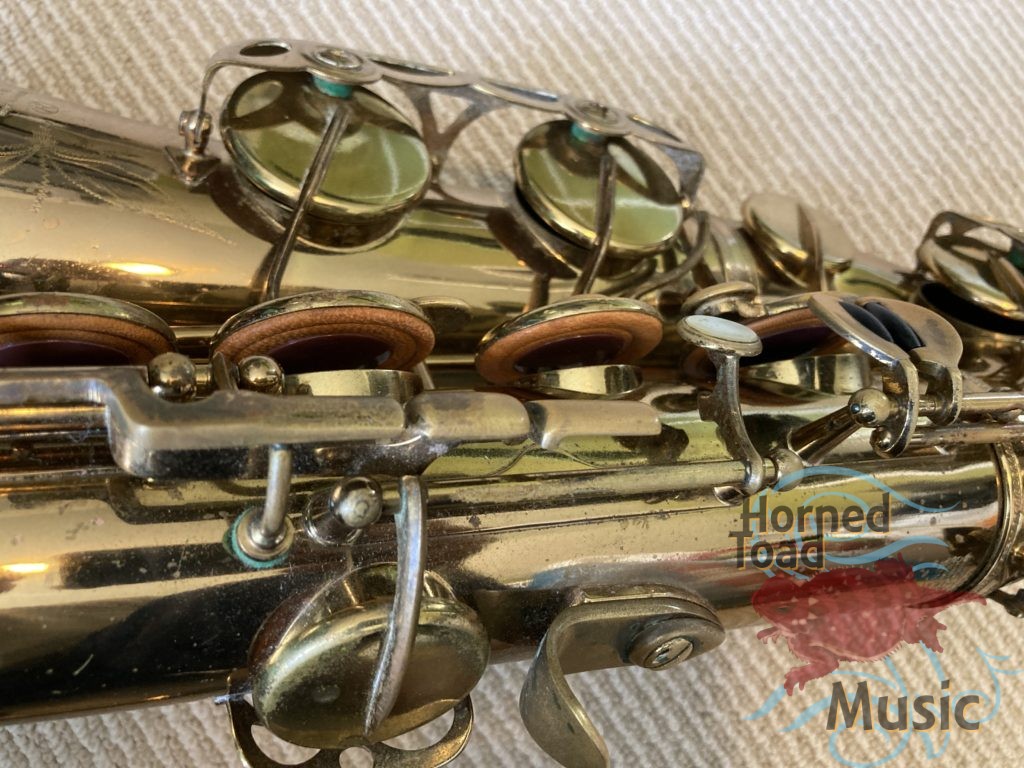