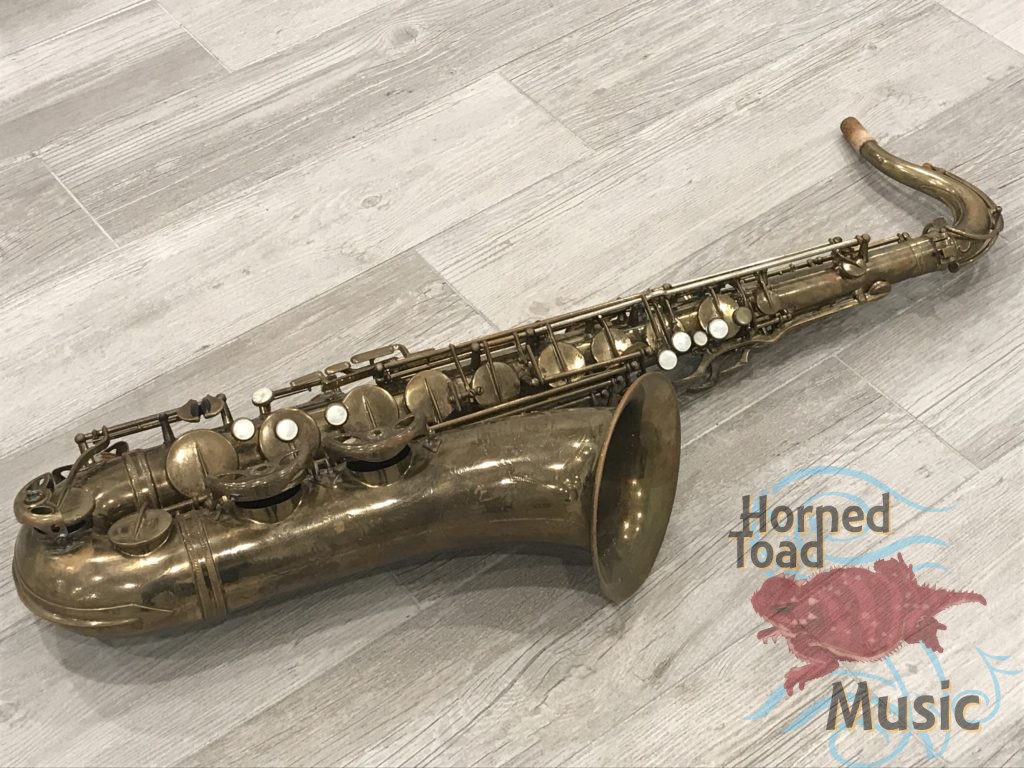 This example is European engraved and lacquered.  It has been played well in its long life and has been refinished at some point many years back most likely.  The French engraving, which is generally quite light and delicate compared to the US style, is still clearly visible.  This was not a terribly aggressive relacquer and is really going to be a great horn to set up and gig with.

The neck appears to be in excellent condition and is the original (French models do not have a serial number stamp on the neck).  The horn has some minor resolders and ping and dings, it has definitely lived.  The pads don’t even look that old, but it has been sitting and someone tried to clean it and left some residue that meeds to be cleaned.  The horn really needs a cleaning and then a general setup.  You could get away with just that or do a full on repad and it would be amazing, but those pads don’t look bad to me, just not really sealing well at the moment.

This is such a wonderful old one, going to have the most beautiful tone and excellent closely paid out key action.  These are just amazing models.  It is not a museum piece, it is a player, not the most perfect of pretty but for a player and real music this is IT. 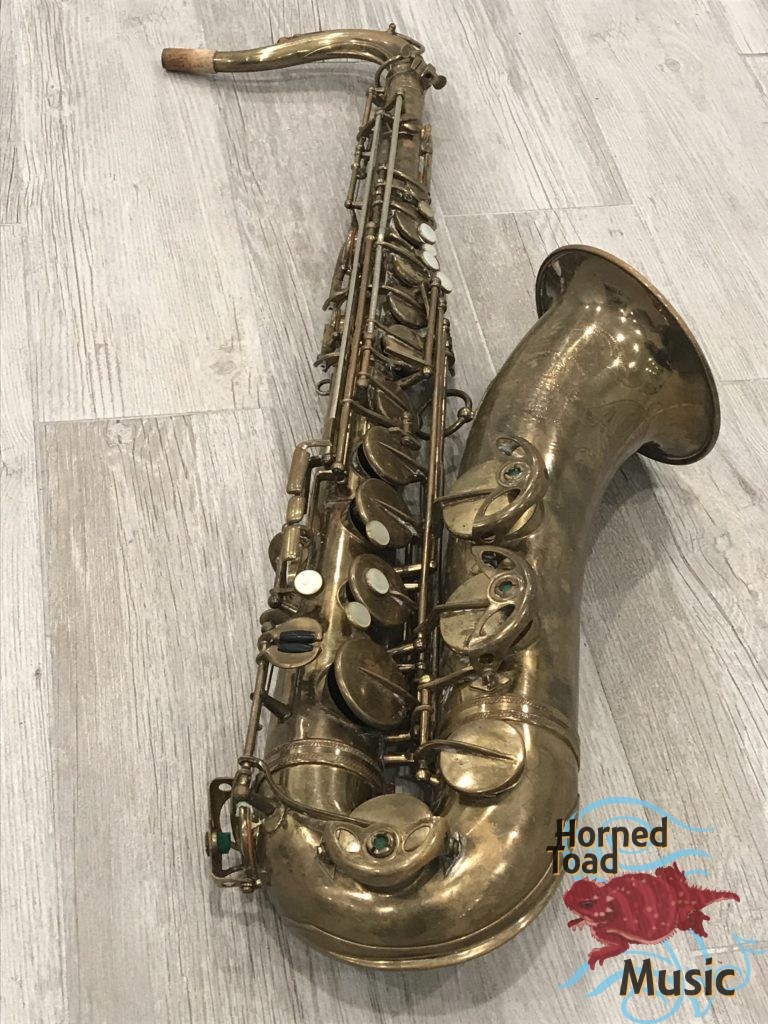 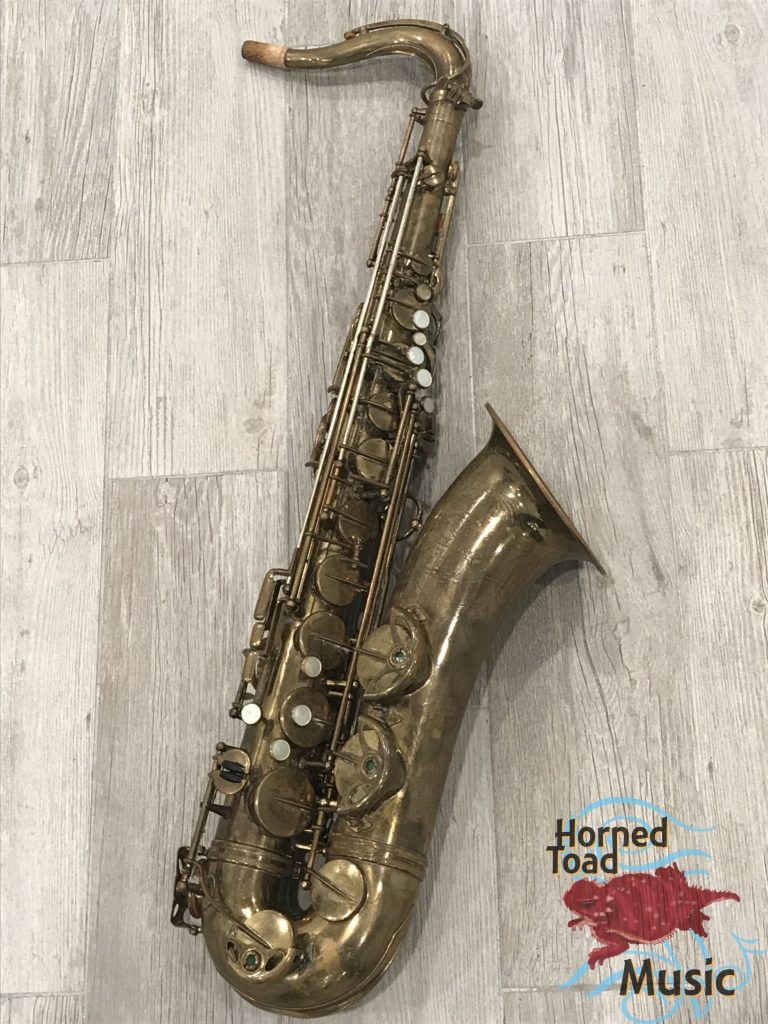 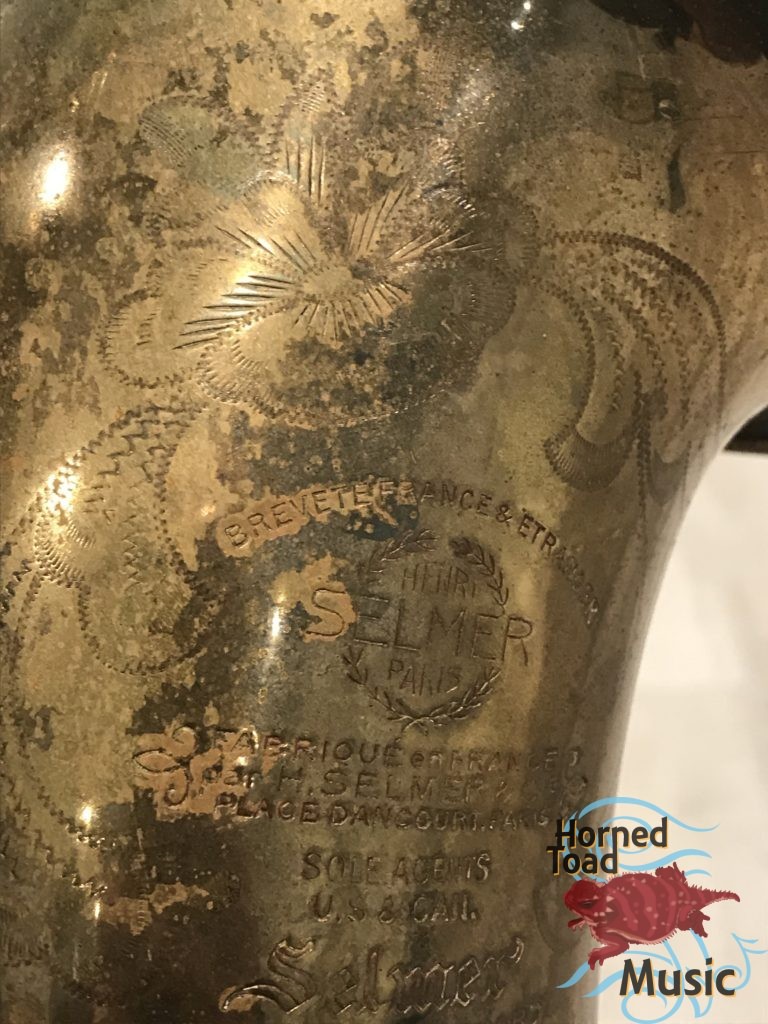 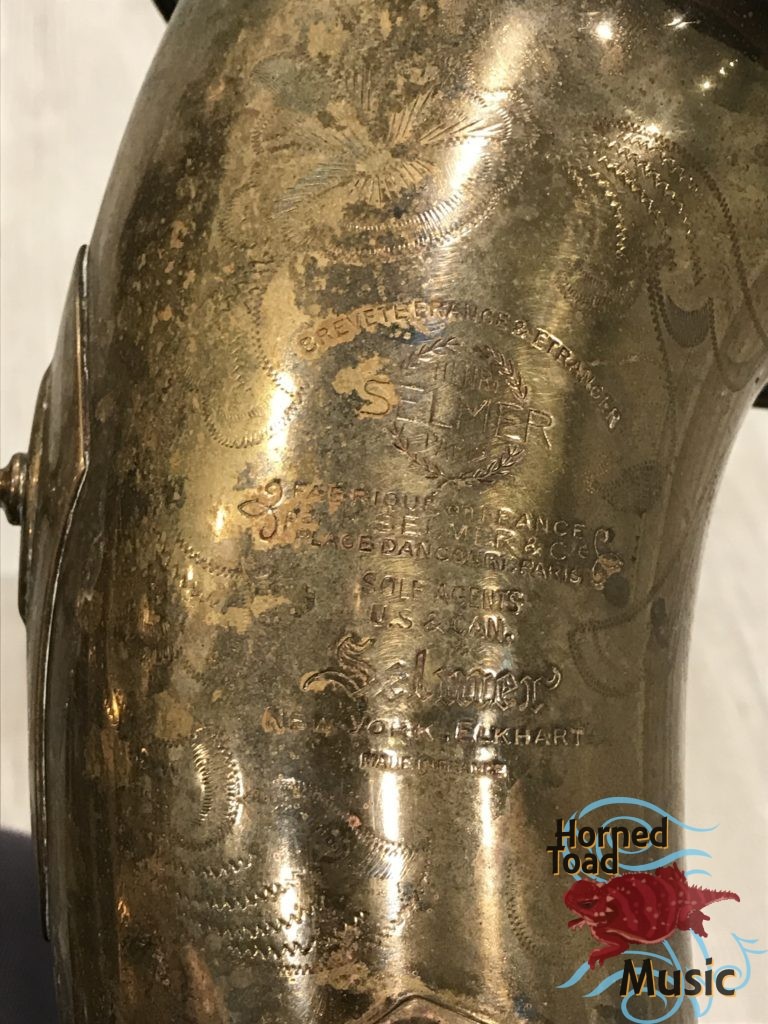 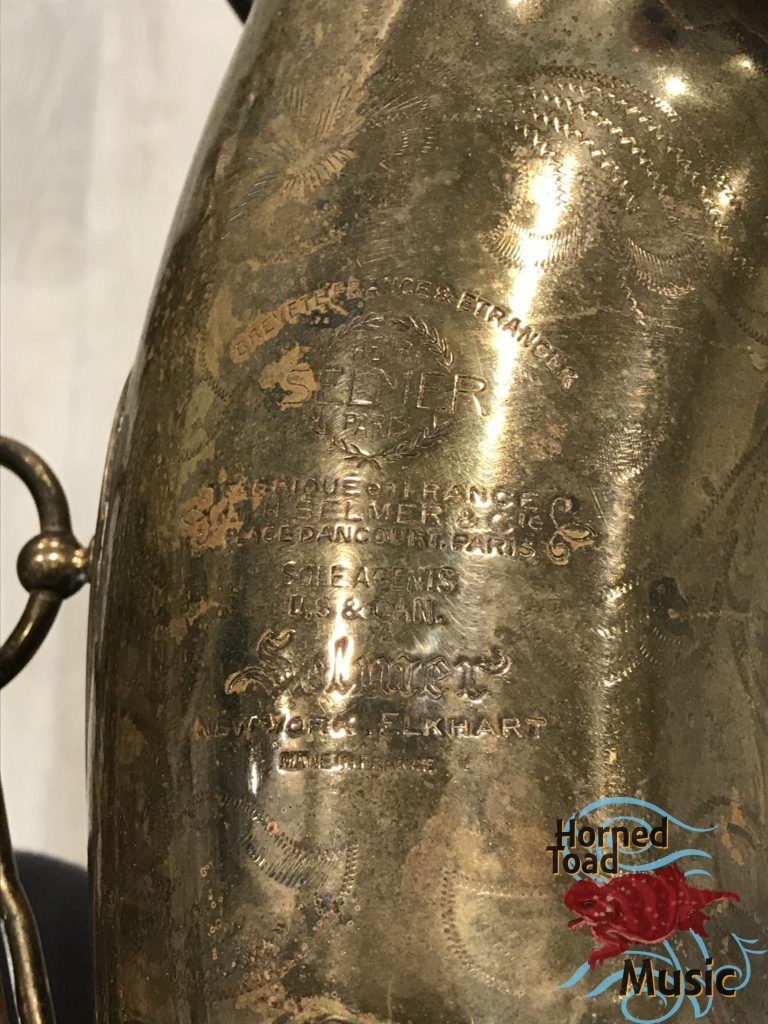 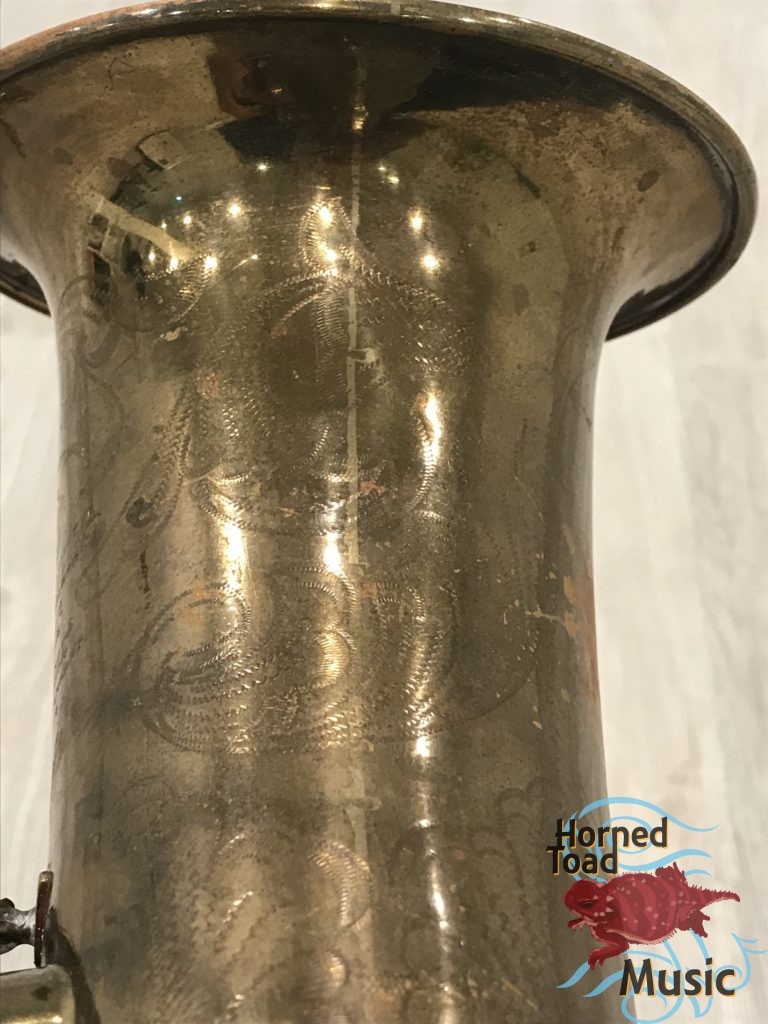 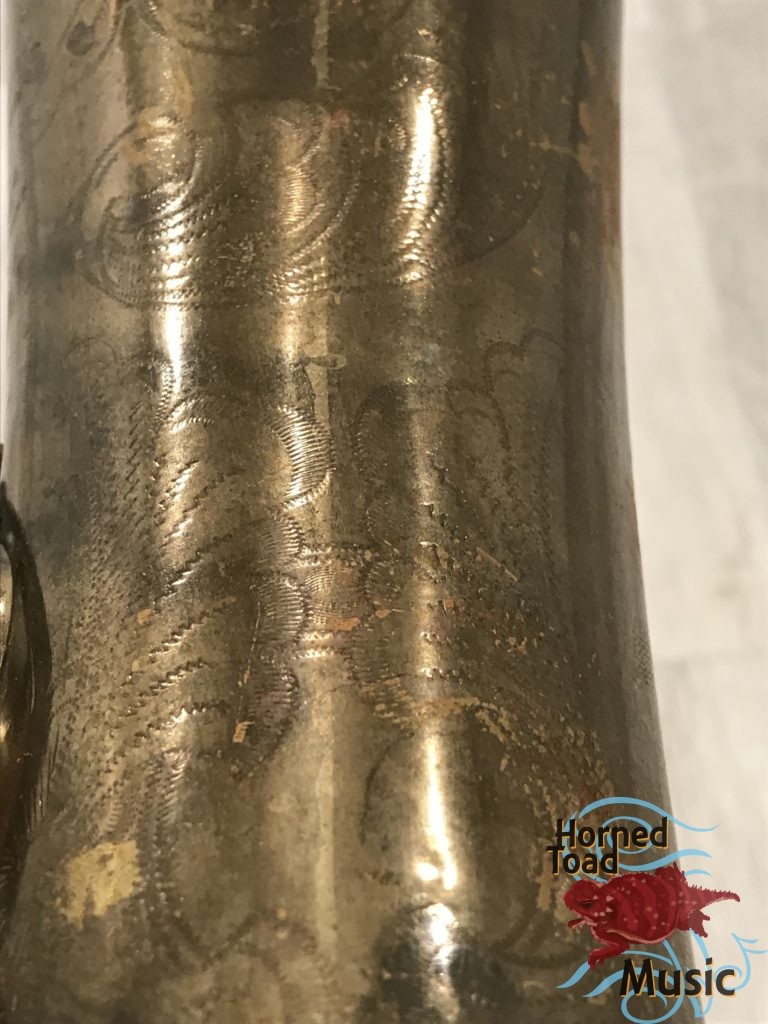 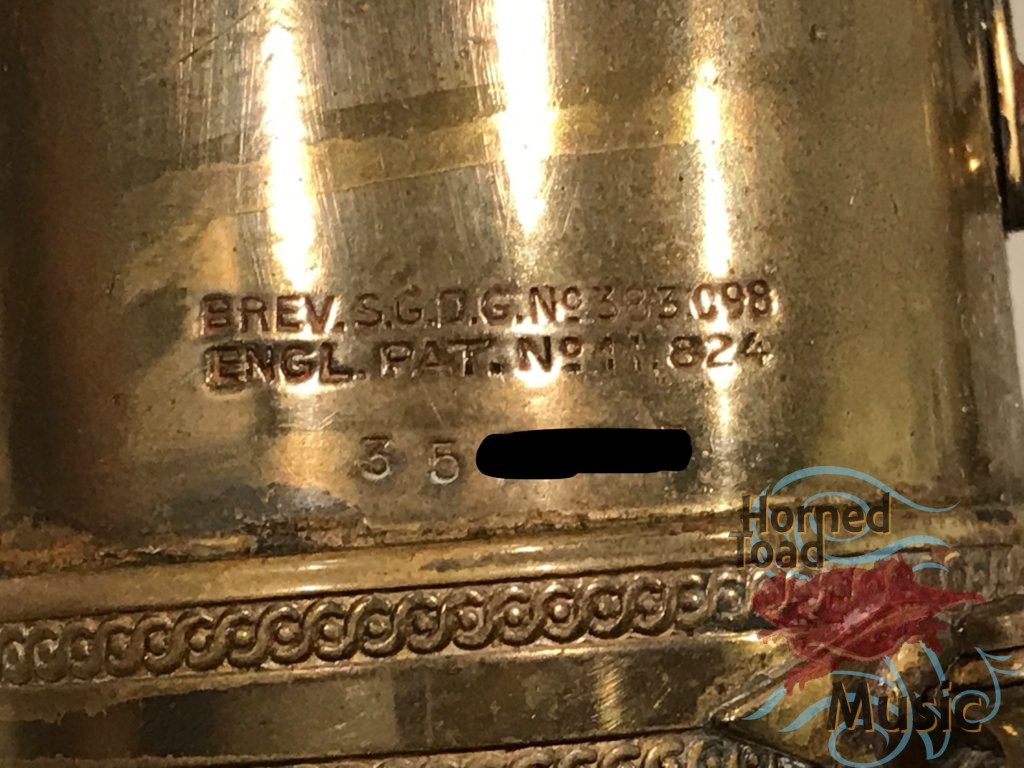 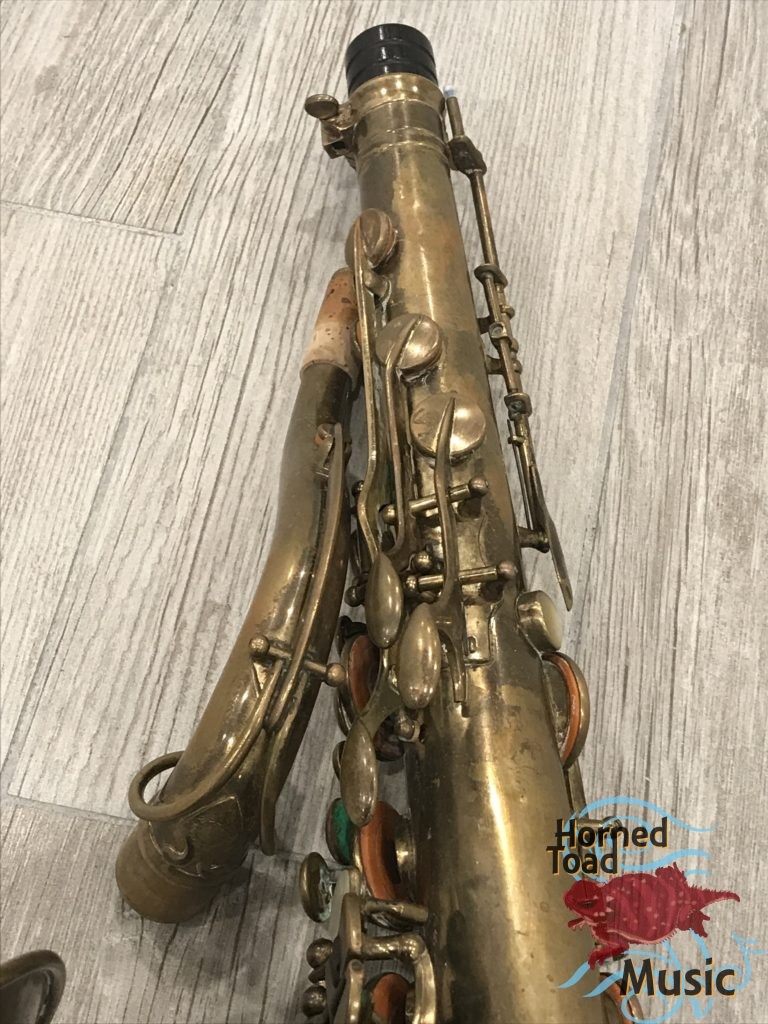 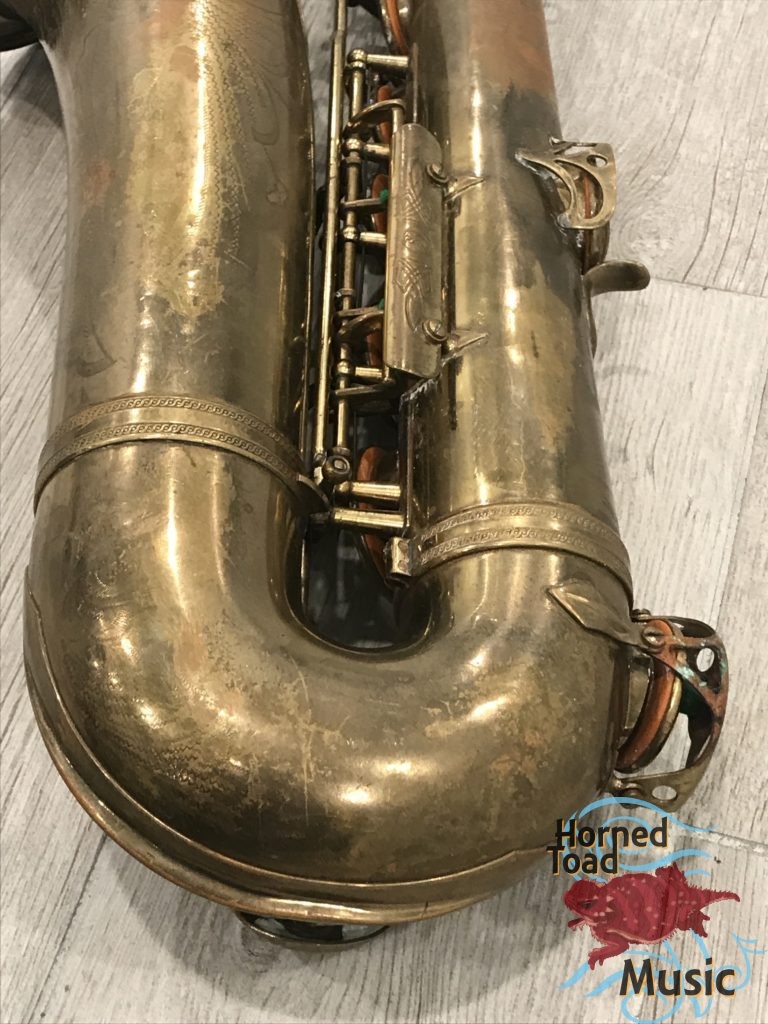 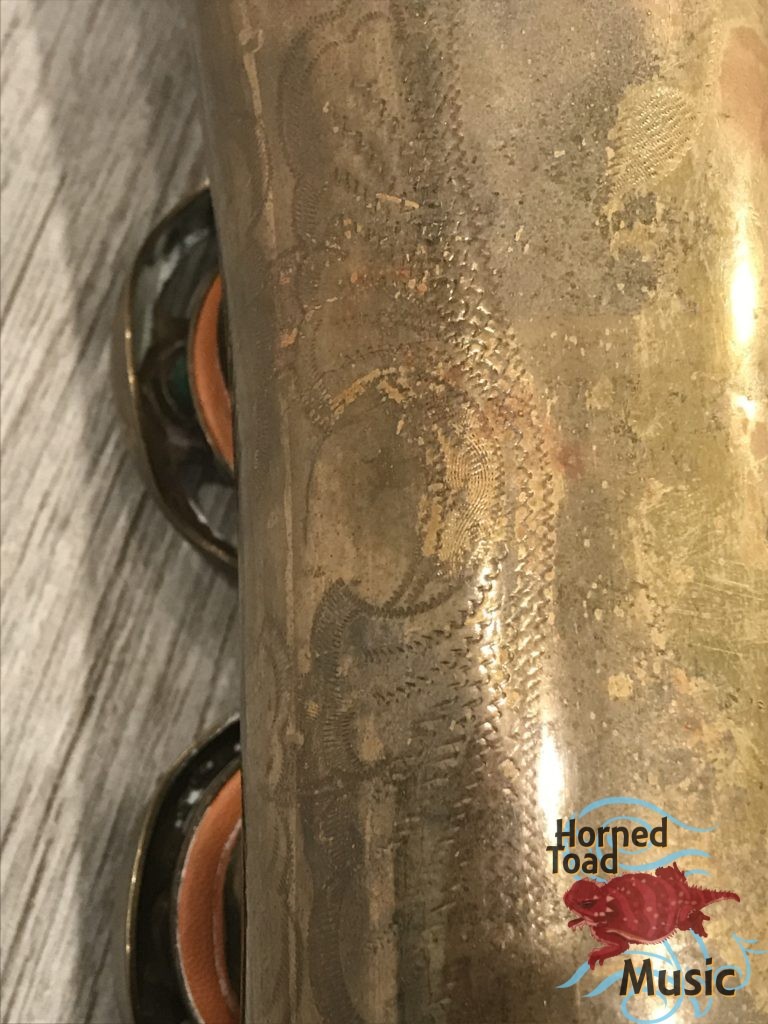 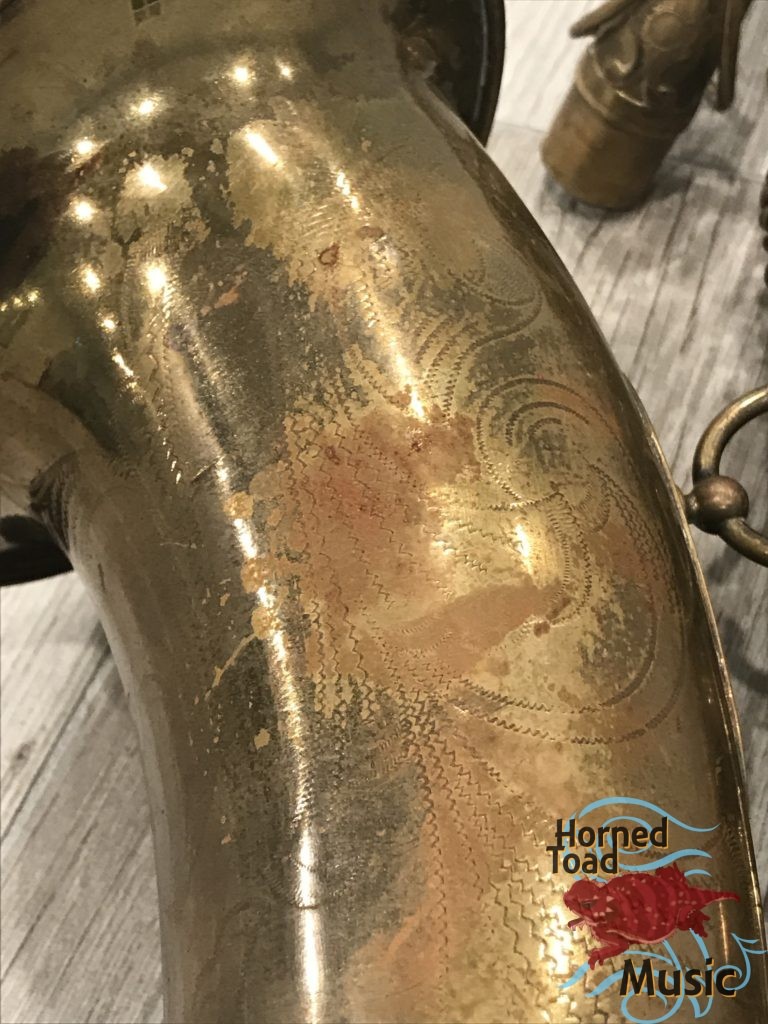 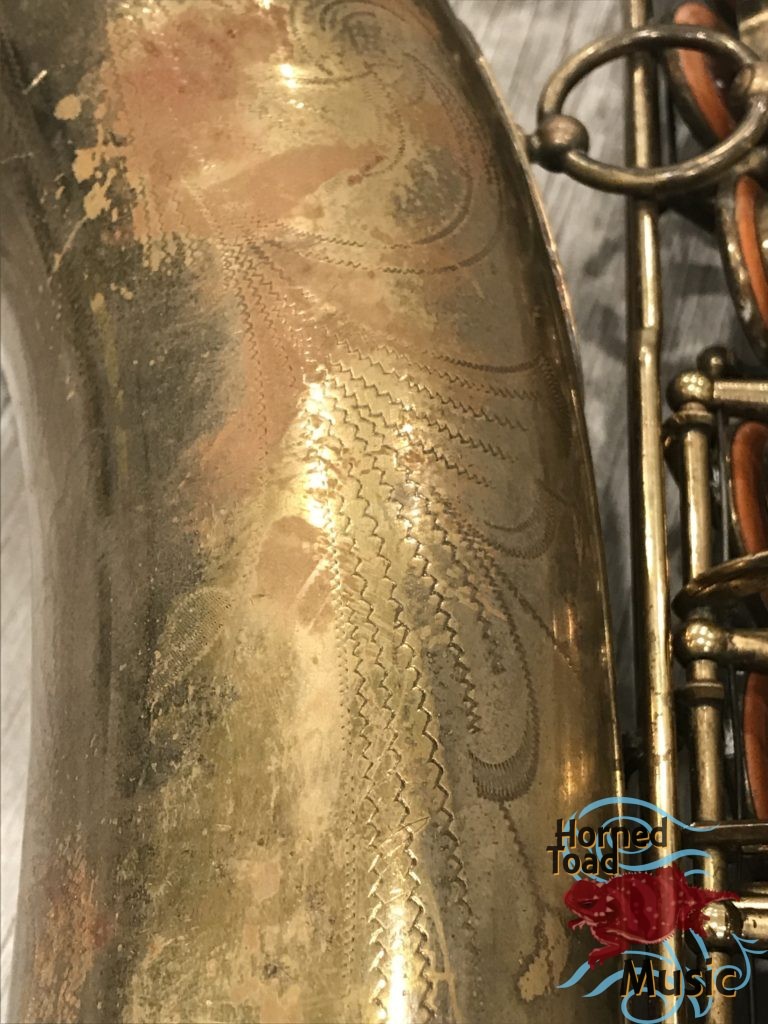 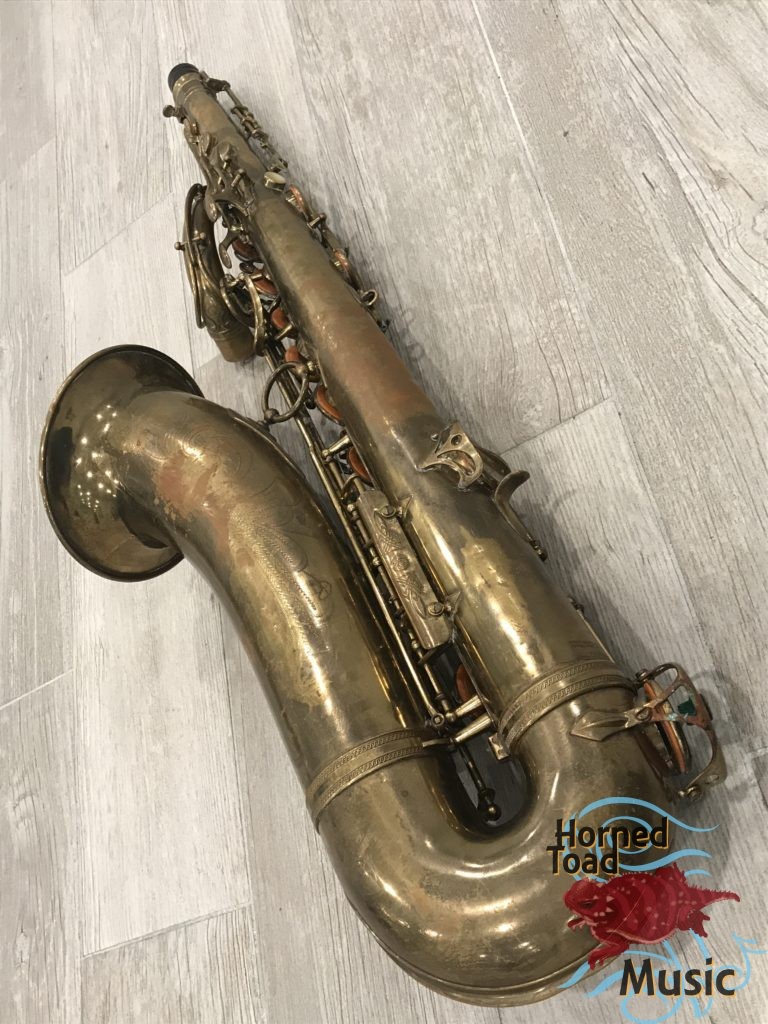 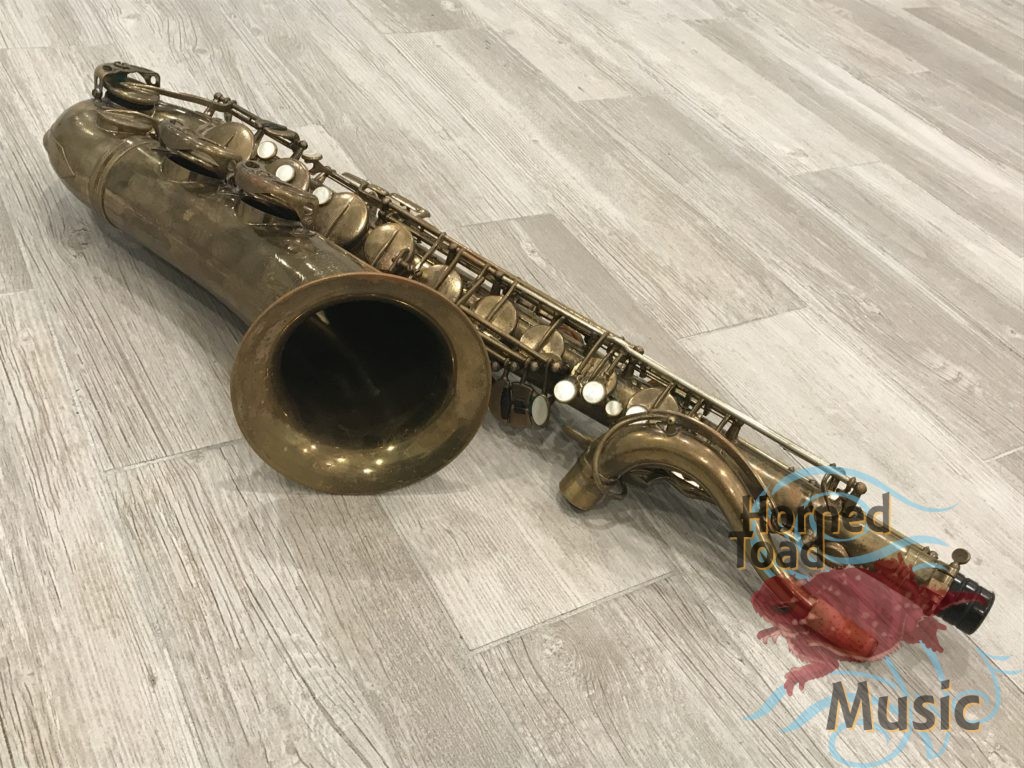 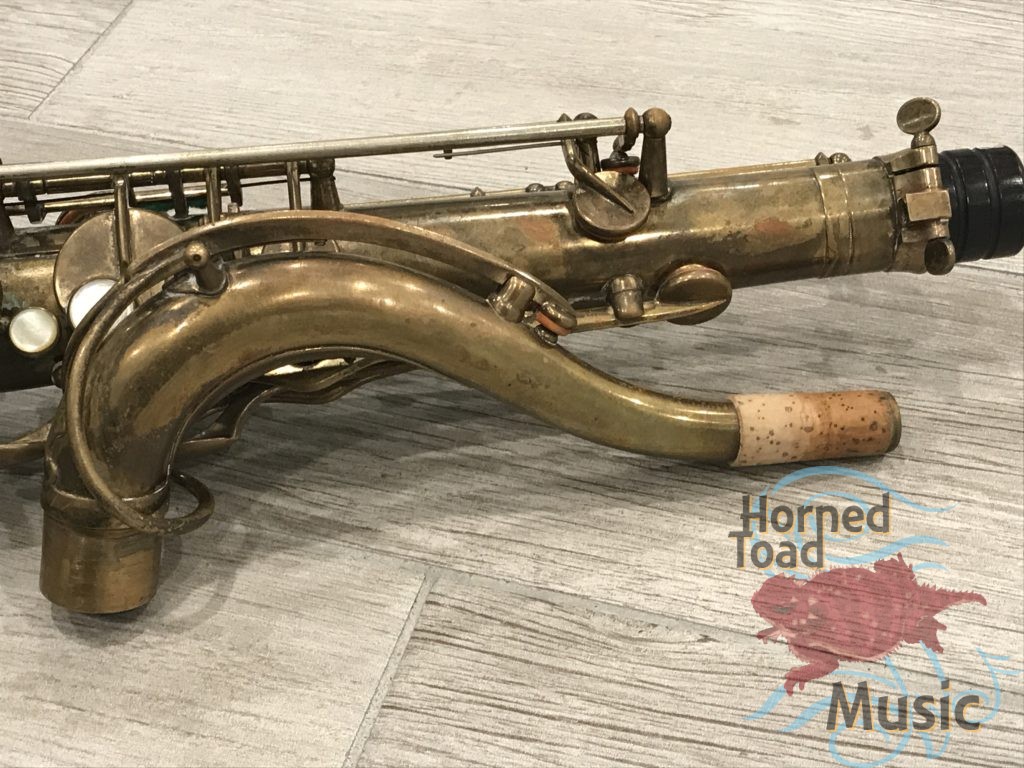 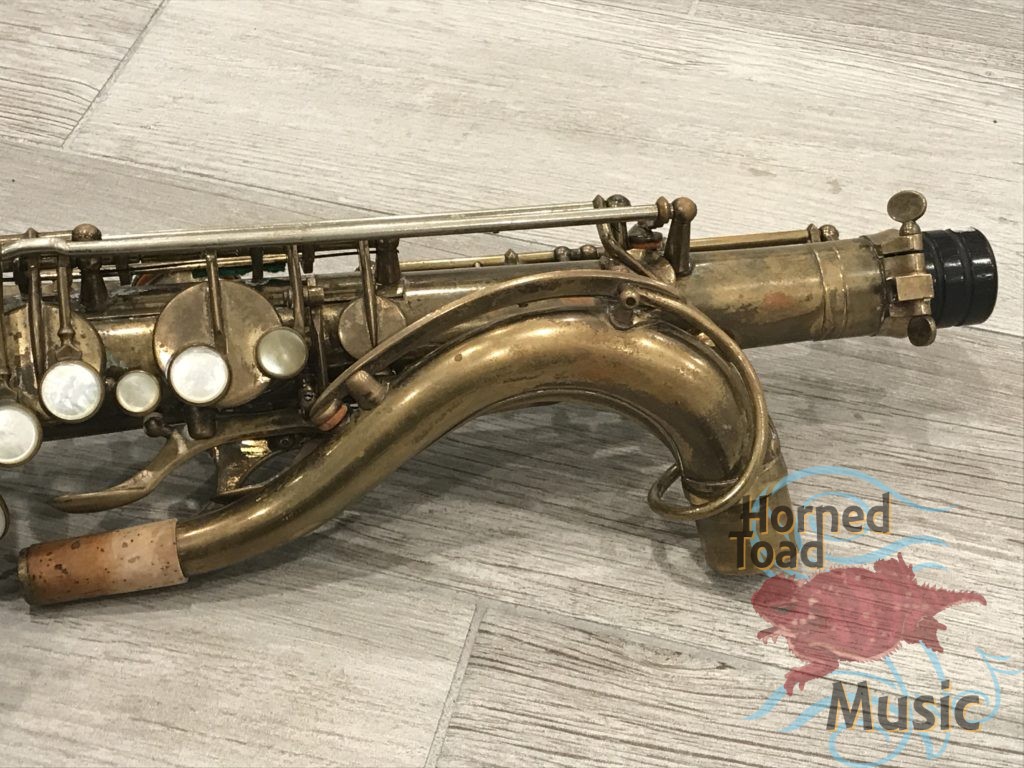 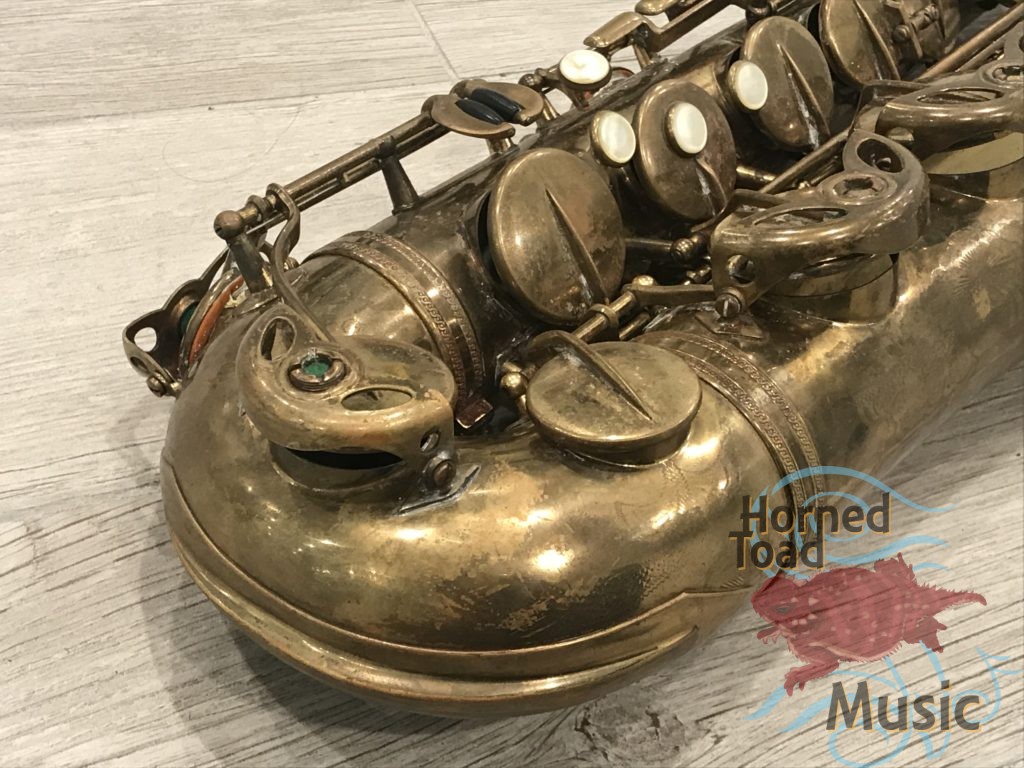 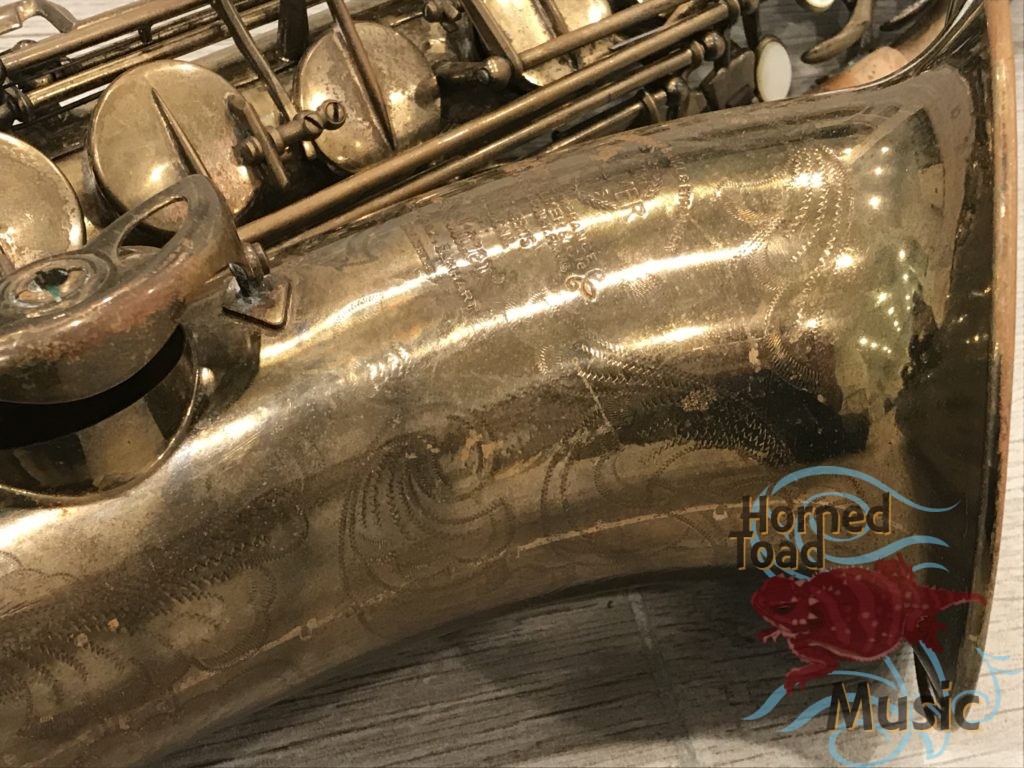 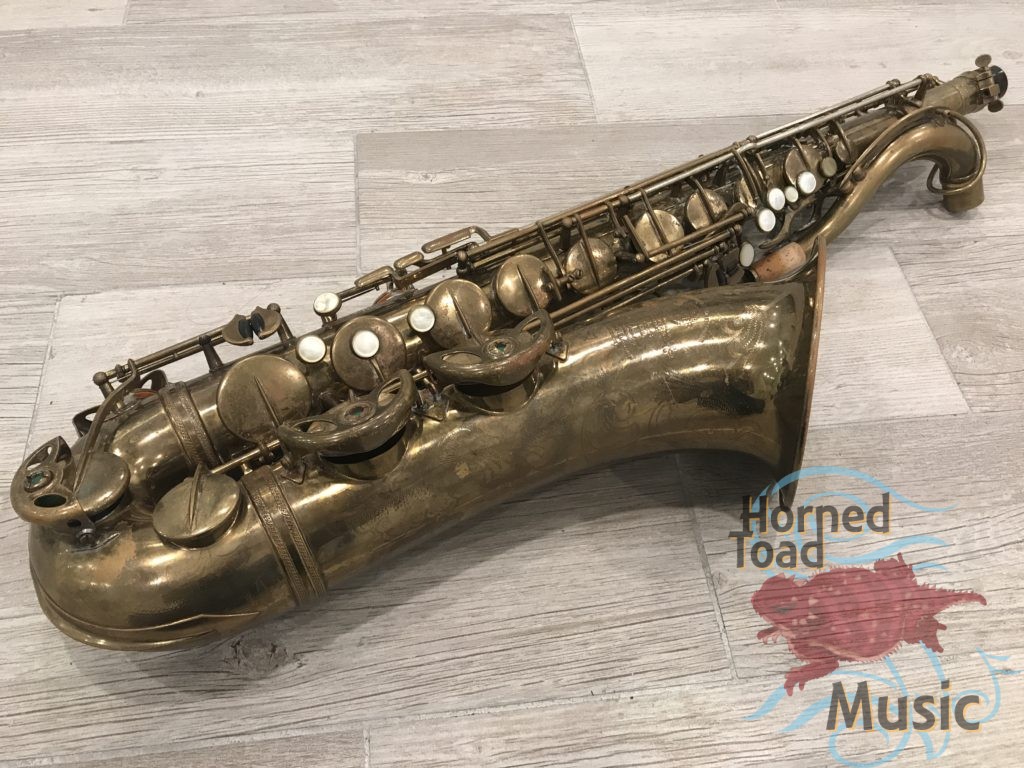 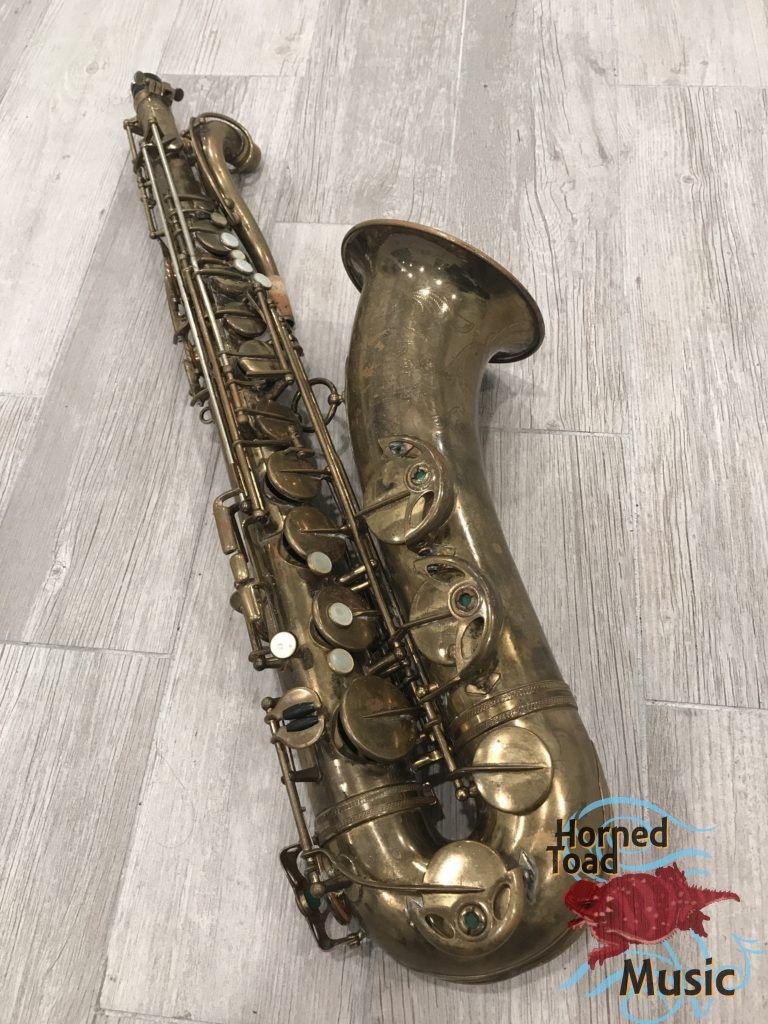